"Aldous Leonard Huxley" was an English writer, philosopher and a prominent member of the Huxley family.

He was best known for his novels including Brave New World, set in a dystopian London, and for non-fiction books, such as The Doors of Perception, which recalls experiences when taking a psychedelic drug, and a wide-ranging output of essays. Early in his career Huxley edited the magazine Oxford Poetry, and published short stories and poetry. Mid career and later, he published travel writing, film stories and scripts. He spent the later part of his life in the US, living in Los Angeles from 1937 until his death. In 1962, a year before his death, he was elected Companion of Literature by the Royal Society of Literature.

Huxley was a Humanism/humanist, Pacifism/pacifist, and Satire/satirist. Huxley later became interested in spiritual subjects such as parapsychology and philosophical mysticism, in particular, Universalism. By the end of his life, Huxley was widely acknowledged as one of the pre-eminent intellectuals of his time.

If you enjoy these quotes, be sure to check out other famous novelists! More Aldous Huxley on Wikipedia.

Facts do not cease to exist because they are ignored.

There's only one corner of the universe you can be certain of improving, and that's your own self. 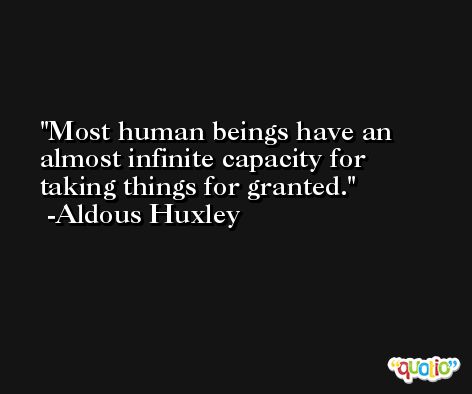 Experience teaches only the teachable. 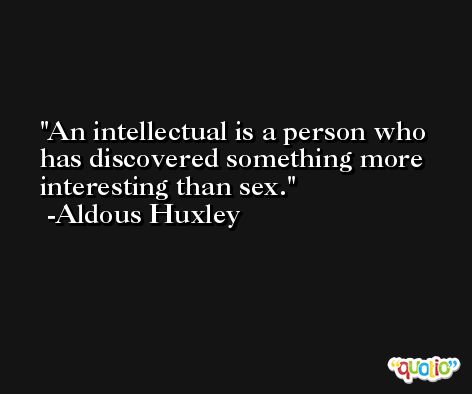 Writers write to influence their readers, their preachers, their auditors, but always, at bottom, to be more themselves.

A country which proposes to make use of modern war as an instrument of policy must possess a highly centralized, all-powerful executive, hence the absurdity of talking about the defense of democracy by force of arms. A democracy which makes or effectively prepares for modern scientific war must necessarily cease to be democratic. 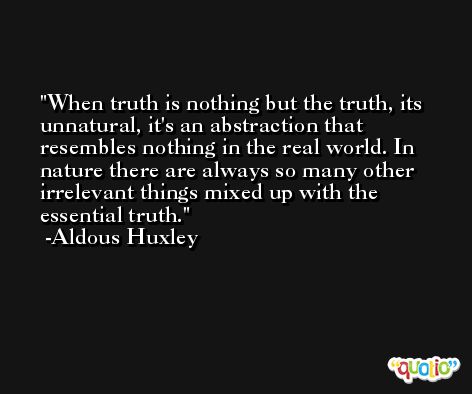 Ye shall know the truth, and the truth shall make you mad. 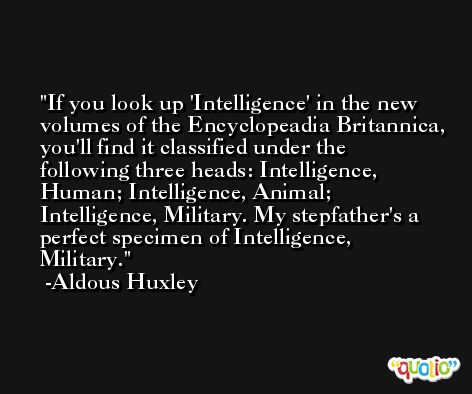 If the Prince of Peace should come to earth, one of the first things he would do would be to put psychiatrists in their place.

There is only one corner of the universe you can be certain of improving, and that is your own self. So you have to begin there, not outside, not on other people. That comes afterwards, when you have worked on your own corner.

Technological progress has merely provided us with more efficient means for going backwards.

Maybe this world is another planet's hell. 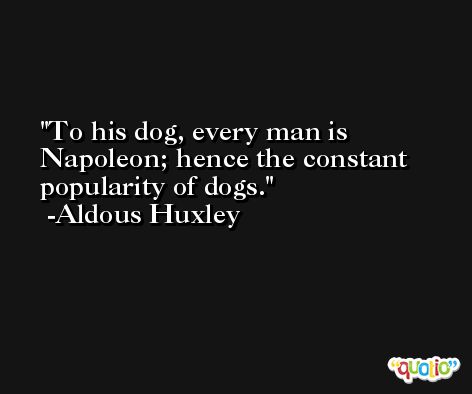 The only completely consistent people are the dead.

From their experience or from the recorded experience of others (history), men learn only what their passions and their metaphysical prejudices allow them to learn. 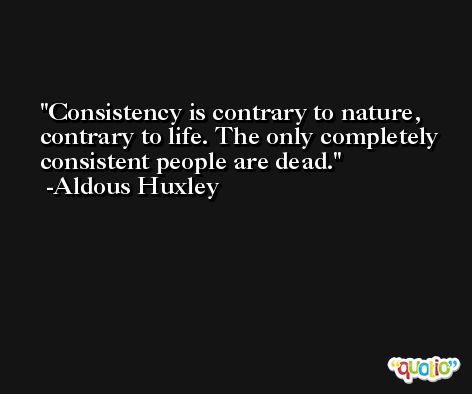 Words form the thread on which we string our experiences.

Children are remarkable for their intelligence and ardour, for their curiosity and tolerance of shams, the clarity and ruthlessness of their vision. 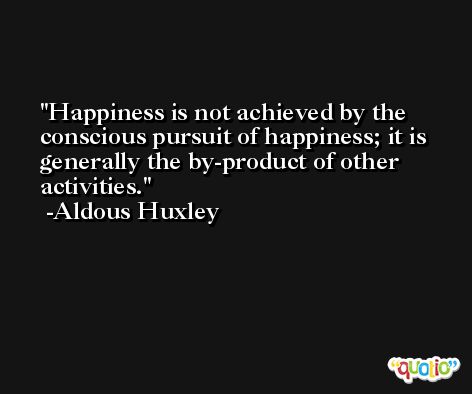 That all men are equal is a proposition which, at ordinary times, no sane individual has ever given his assent.

Words can be like X-rays, if you use them properly- they'll go through anything. You read and you're pierced. 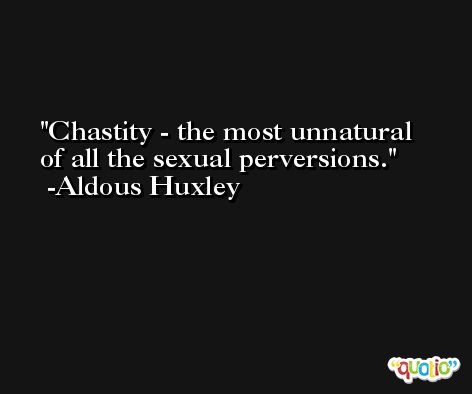 To us, the moment 8:17 A.M. means something - something very important, if it happens to be the starting time of our daily train. To our ancestors, such an odd eccentric instant was without significance - did not even exist. In inventing the locomotive, Watt and Stevenson were part inventors of time.

Folly is often more cruel in the consequences than malice can be in the intent. 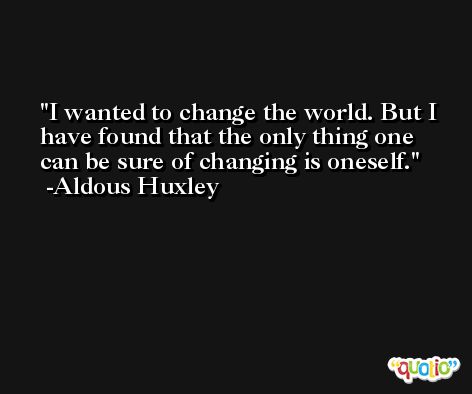