"Andrew Sherwood" (ARCM) was born in Kenya, Africa and was brought up in Zimbabwe as a child, where he suffered from childhood polio. He moved to England having played the violin for three years and won a scholarship to the Royal College of Music where he studied violin and composition. He studied violin with Antonio Brosa, Sylvia Rosenberg and later with Sascha Lasserson. He studied composition with Alan Ridout. Since then he has played and conducted all over the world and had people like Howard Skempton composing music for him.

He is a Professor of Violin at Trinity College of Music and also adjudicates in musical competitions both in Britain and abroad. Currently, he is the Director of Music for the Brighton Youth Orchestra Trust, Musical Director of the Musicians of All Saints, Director of Choirs for the University of Brighton, the Conductor of the Somerset County Youth Orchestra, principal conductor for the European Youth Summer Music and conductor of the Brighton Youth Orchestra (who recently performed at the Royal Albert Hall as part of the Music For Youth 2008 School Prom). Many of his earlier students and pupils are now professional musicians.

It's mainly just being in this spot where Coach Robert said we're going to take players out of our own school and groom them into football players.

The family decided against flowers at Jonathan's funeral. We invited donations instead. 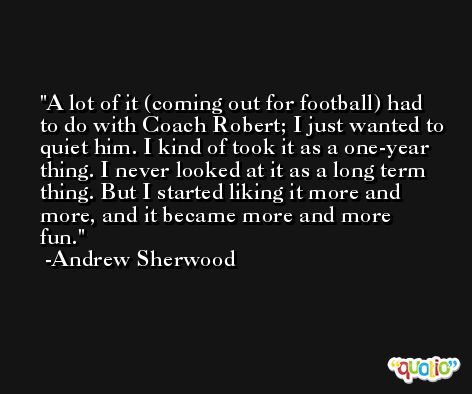 When we played at night in the lights last year, I loved it, ... Now we are going to do that week in and week out.

It is kind of disappointing. But it's just not possible to have it done in time. I saw (William Pitcher's field during the summer) for the first time. It looked pretty good. 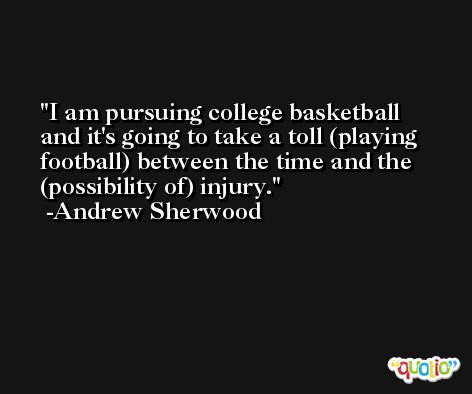 She cradled him all night, ... She just didn't want to let go.

Those two things figured against playing football. But I decided to play because I'm not going to have this chance ever again.