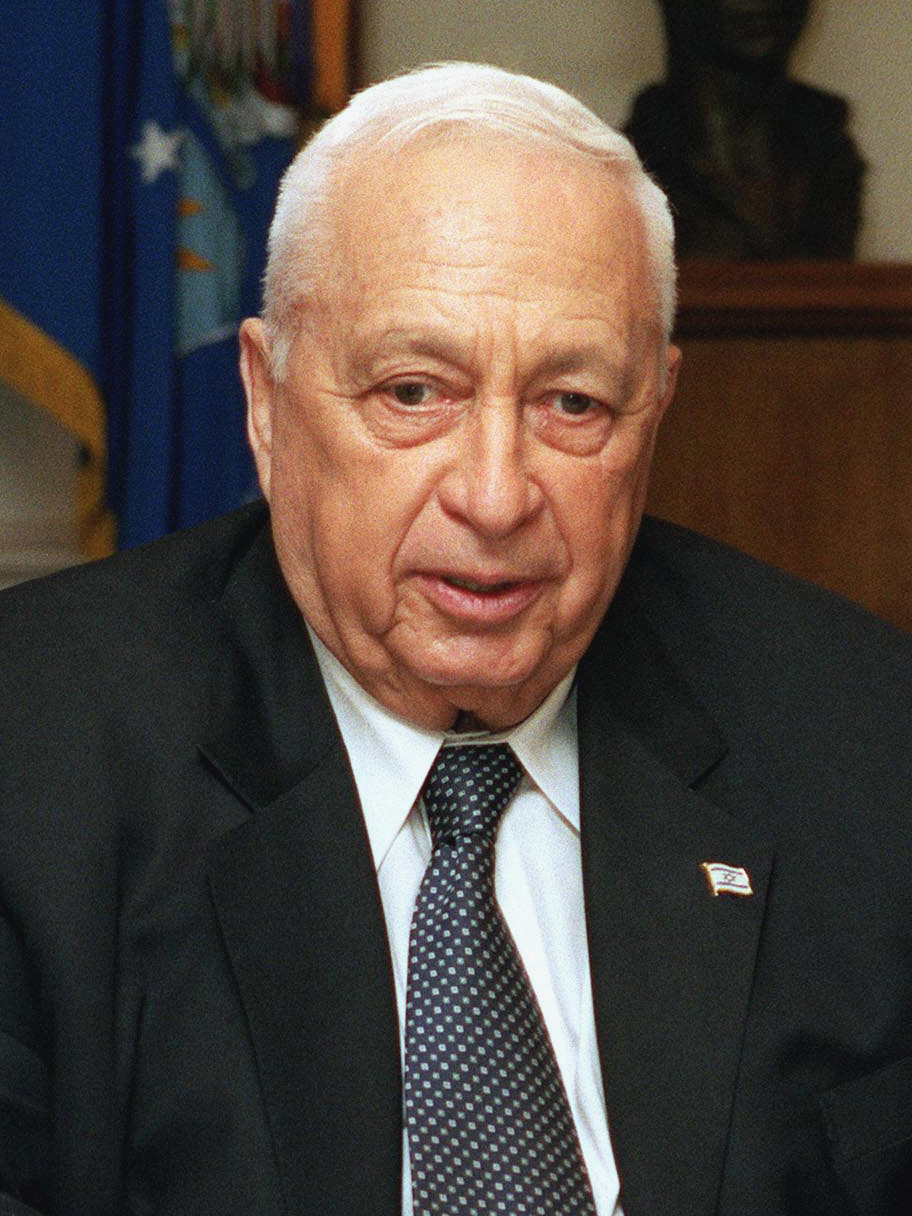 "Ariel Sharon " was an Israeli politician and general, who served as the 11th Prime Minister of Israel until he was incapacitated by a stroke.

Sharon was a commander in the Israel Defense Forces/Israeli Army from its creation in 1948. As a soldier and then an officer, he participated prominently in the 1948 Palestine war/1948 War of Independence, becoming a platoon commander in the Alexandroni Brigade and taking part in many battles, including Battles of Latrun#Operation Bin Nun Alef (24–25 May)/Operation Ben Nun Alef. He was an instrumental figure in the creation of Unit 101, and the Reprisal operations, as well as in the 1956 Suez Crisis, the Six-Day War of 1967, the War of Attrition, and the Yom Kippur War/Yom-Kippur War of 1973. As Minister of Defense, he directed the 1982 Lebanon War.

Sharon was considered the greatest field commander in Israel's history, and one of the country's greatest military strategists. After his Battle of Abu-Ageila (1967)/assault of the Sinai in the Six-Day War and his Yom Kippur War#Israeli breakthrough/encirclement of the Egyptian Third Army in the Yom Kippur War, the Israeli public nicknamed him "The King of Israel".

If you enjoy these quotes, be sure to check out other famous leaders! More Ariel Sharon on Wikipedia.

A lie should be tried in a place where it will attract the attention of the world.

My mood altered and the pain turned to rage. 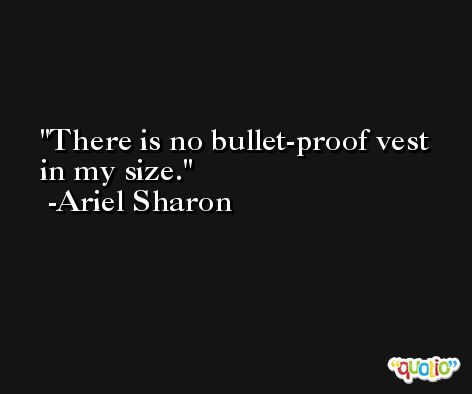 Everybody has to move; run and grab as many hilltops as they can to enlarge the settlements, because everything we take now will stay ours. Everything we don't grab will go to them.

I vow that if I was just an Israeli civilian and I met a Palestinian I would burn him and I would make him suffer before killing him. 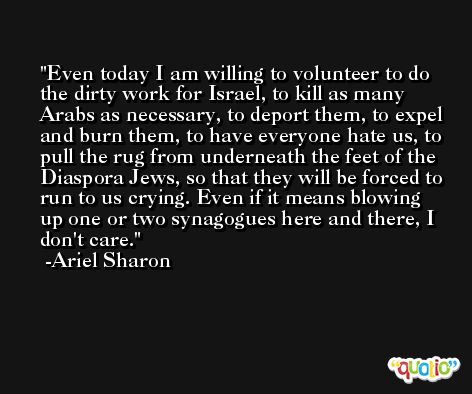 In principle, I'm sorry that we didn't liquidate him.

As one who fought in all of Israel's wars, and learned from personal experience that without proper force, we do not have a chance of surviving in this region, which does not show mercy towards the weak, I have also learned from experience that the sword alone cannot decide this bitter dispute in this land. 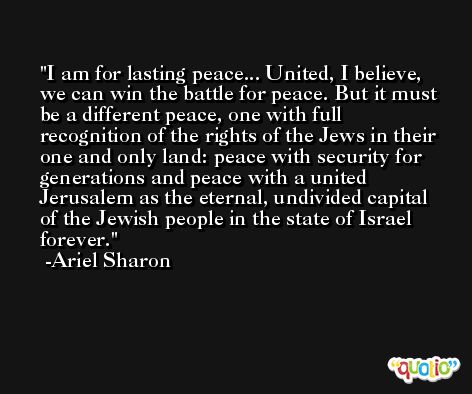