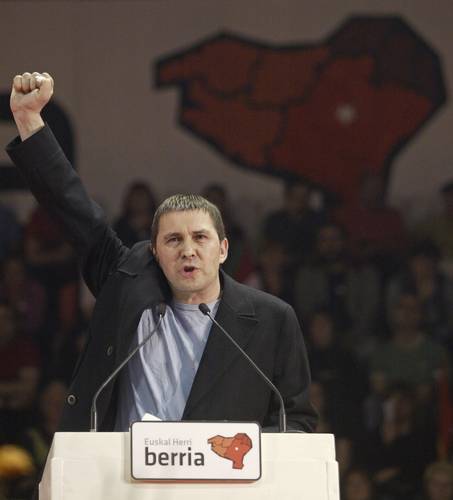 "Arnaldo Otegi Mondragón" is a Basque Country (greater region)/Basque politician, currently in prison, he was elected as Secretary General of abertzale Basque nationalism/Basque separatist party Sortu in february 2013. He has been a member of the Basque parliament for both Herri Batasuna and Euskal Herritarrok. These two parties and Batasuna were banned in 2003 for having links to ETA. He was one of the key negotiators during the last unsuccessful peace talks in Loiola and Geneva, in 2006. He has been one of the leading figures in Batasuna's change of strategy and ETA's end. He is currently in prison accused of trying to re-organize Batasuna.

Maximum chief of the Spanish army, in other words, the person responsible for the torturers.

We're going to achieve a democratic scenario in the Basque country. 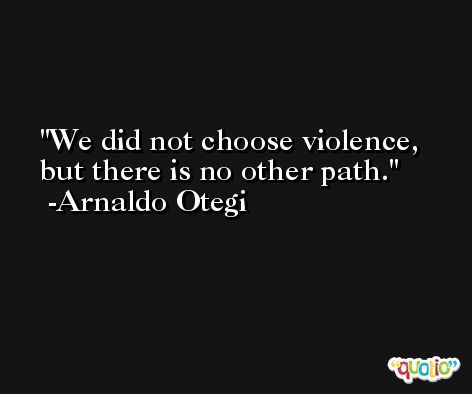 They want to annihilate us and, above all, erase the identity of the Basque people.