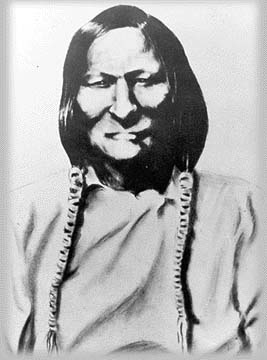 "Black Kettle" (ca. 1803 – November 27, 1868) was a leader of the Cheyenne/Southern Cheyenne after 1854, who led efforts to resist American settler/settlement from Kansas Territory/Kansas and Colorado Territory/Colorado Organized territory/territories. He was a peacemaker who accepted treaties to protect his people. He survived the Third Colorado Cavalry's Sand Creek Massacre on the Cheyenne reservation in 1864. He and his wife were among those killed in 1868 at the Battle of Washita River, in a US Army attack on their camp by George Armstrong Custer.

If you enjoy these quotes, be sure to check out other famous leaders! More Black Kettle on Wikipedia.

I have not come here with a little wolf bark, but have come to talk plain with you.

We are different nations, but it seems as if we were but one people, whites and all. 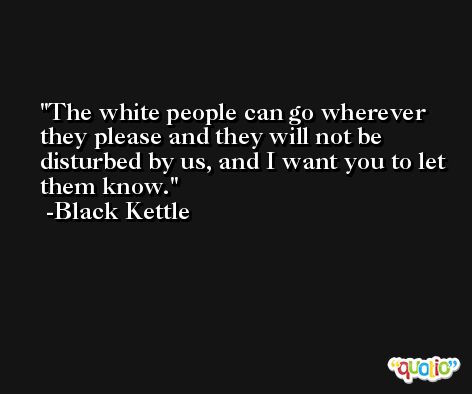 I have done my best to keep my young men quiet, but some will not listen and since the fighting began, I have not been able to keep them at home.

We want to take good tidings home to our people, that they may sleep in peace. 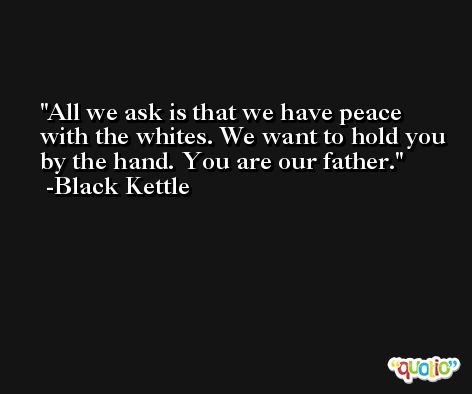 These people that are with us are glad to think that we can have peace once more, and can sleep soundly, and that we can live.

Although the troops have struck us, we throw it all behind and are glad to meet you in peace and friendship. 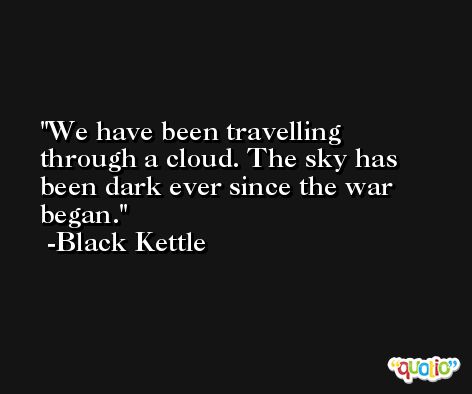