"Carlos Alvarez" is the name of:

We've basically done away with 1,600 telephone numbers. So, you call a central location, 311. All the information is here.

I think it's premature at this point in time to call it a prank or a hoax. 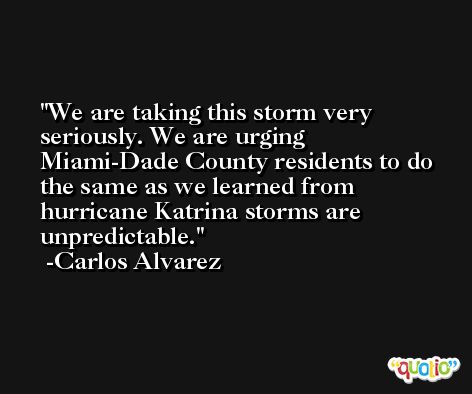 While most of us are breathing a sigh of relief I want to remind residents that hurricane season does not end until Nov. 30, ... We have been extremely fortunate this time around, but this is an active hurricane season and more named storms are likely.

[Until the Salvation Army came, Alvarez and Perez had used water from a lake behind their mobile home community to shower and fend off the heat, even after receiving a warning from the state's Department of Health that the lake is contaminated.] We're desperate, ... No one has come out to help us. We're poor, but we're still human beings. 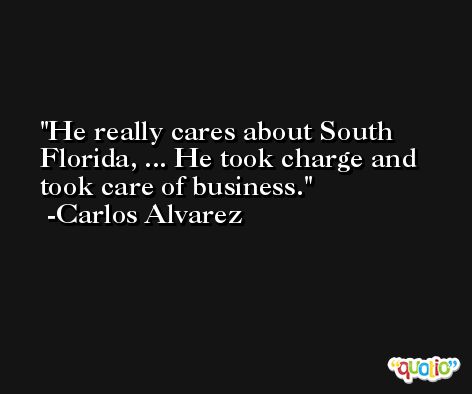 [Paulison] brings actual hands-on experience, and you can't replace that, ... When you've had to actually deal with emergencies, when you've been personally exposed to things that bureaucrats don't even think about and making sure those things get accomplished, you've gained 100 percent. That's what he brings to the table.

Rita is a storm to be taken seriously. 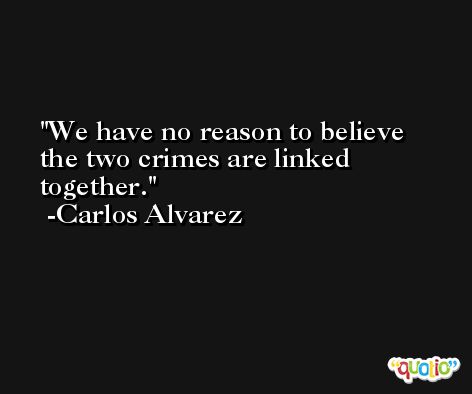