"Charles Kuralt" was an United States/American journalist. He was most widely known for his long career with CBS, first for his "On the Road" segments on CBS Evening News/The CBS Evening News with Walter Cronkite, and later as the first anchor of CBS News Sunday Morning, a position he held for fifteen years.

Kuralt's "On the Road" segments were recognized twice with personal Peabody Awards. The first, awarded in 1968, cited those segments as heartwarming and "nostalgic vignettes"; in 1975, the award was for his work as a United States Bicentennial/U.S. "bicentennial historian"; his work "capture[d] the individuality of the people, the dynamic growth inherent in the area, and ...the rich heritage of this great nation." He shared in a third Peabody awarded to CBS News Sunday Morning.

If you enjoy these quotes, be sure to check out other famous journalists! More Charles Kuralt on Wikipedia.

The everyday kindness of the back roads more than makes up for the acts of greed in the headlines.

It was cold out there, bitter, biting, cutting, piercing, hyperborean, marmoreal cold, and there were all these Minnesotans running around outdoors, happy as lambs in the spring. 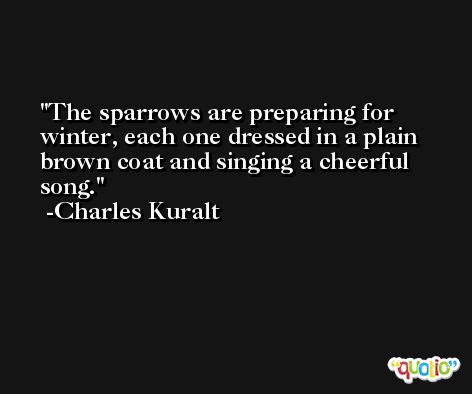 Thanks to the Interstate Highway System, it is now possible to travel from coast to coast without seeing anything.

It does no harm just once in a while to acknowledge that the whole country isn't in flames, that there are people in the country besides politicians, entertainers, and criminals. 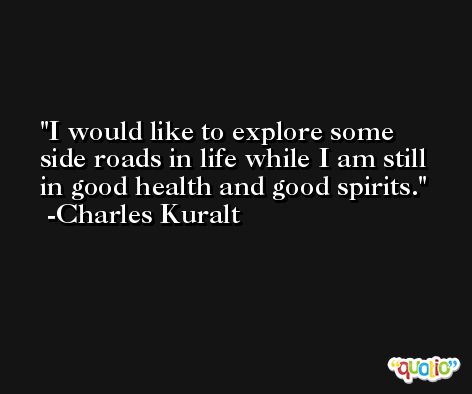 To read the papers and to listen to the news... one would think the country is in terrible trouble. You do not get that impression when you travel the back roads and the small towns do care about their country and wish it well.

An incredible wealth of human kindness. 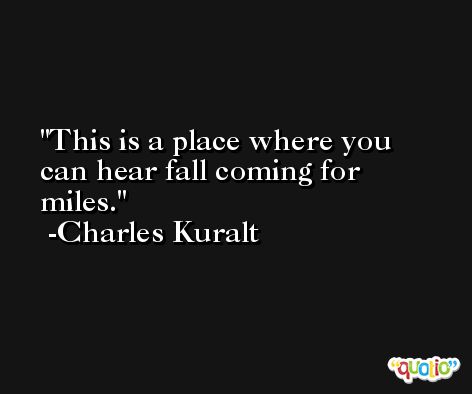 Sometimes I would think myself happy never to leave. Every trip must end.