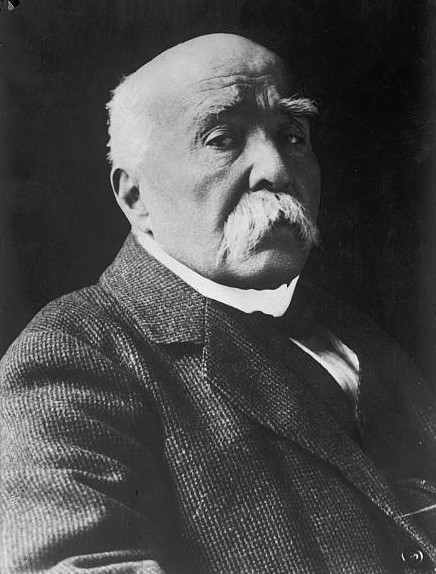 "Georges Benjamin Clemenceau" was a French statesman who led the nation in the First World War. A leader of the Radical Party (France)/Radical Party, he played a central role in politics during the Third Republic. Clemenceau served as the Prime Minister of France from 1906 to 1909, and again from 1917 to 1920. He was one of the principal architects of the Treaty of Versailles at the Paris Peace Conference, 1919/France Peace Conference of 1919. Nicknamed "Père la Victoire" (Father Victory) or "Le Tigre" (The Tiger), he took a harsh position against defeated Germany, though not quite as much as President Raymond Poincaré/Poincaré, and won agreement on Germany's payment of large sums for reparations.

If you enjoy these quotes, be sure to check out other famous leaders! More Georges Clemenceau on Wikipedia.

War is much too serious a matter to be entrusted to the military.

It is easier to make war than to make peace. 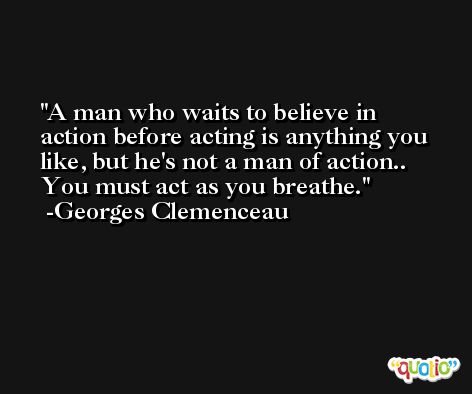 War is a series of catastrophes that results in a victory.

America is the only nation in history which miraculously has gone directly from barbarism to degeneration without the usual interval of civilization. 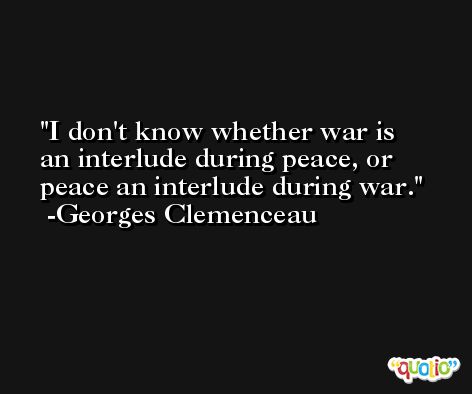 Aman who waits to believe in action before acting is anything you like, but he's not a man of action. It is as if a tennis player before returning a ball stopped to think about his views of the physical and mental advantages of tennis. You must act as you breathe.

War is much too important a thing to be left to the generals. 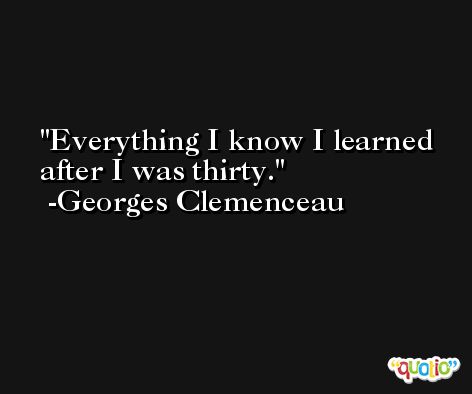 When a man asks himself what is meant by action he proves that he isn't a man of action.

There is no passion like that of a functionary for his function. 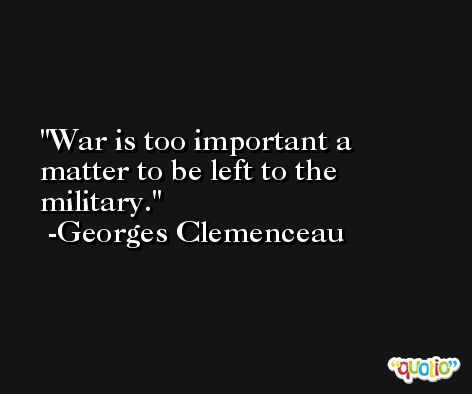