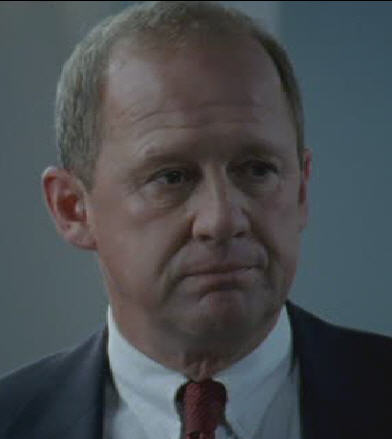 "Sir Henry James "Harry" Pearce", Knight Commander of the Order of the British Empire/KBE is the fictional head of the Counter-Terrorism department ("Section D") of MI5, featured in the British television series, Spooks. Pearce has been played by Peter Firth since the series began in 2002.

Hybrid propulsion is just one of the technologies that we can introduce to meet the performance expectations of our customers, yet protect this planet that we all count on to sustain us.

We worked in good faith to resolve this issue with Motorola and we are very pleased with the successful outcome. 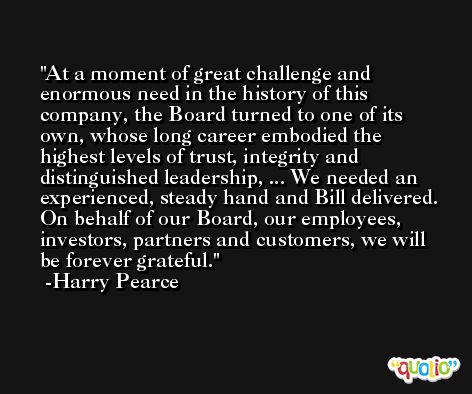 We have absolutely not delivered on our commitment with respect to (U.S.) market share.

Bill is an emotional guy. 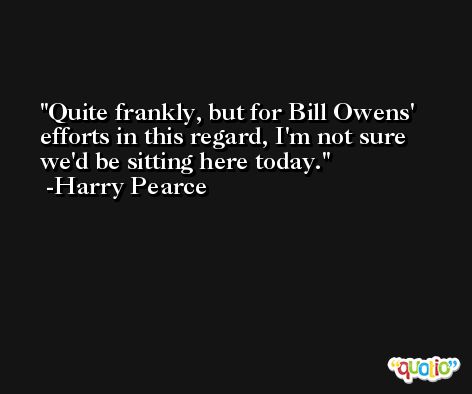 We would like to take cars out of the environmental debate.

Due to rapid consolidation in the media and telecommunications industries, GM is now considering alternative strategic transactions involving Hughes and other participants in those industries, ... Any such transaction might involve the separation of Hughes from General Motors.