"Jefferson F. Davis" was an American soldier and politician who was the President of the Confederate States of America during the American Civil War (18611865). He took personal charge of the Confederate war plans but was unable to find a strategy to defeat the more populous and industrialized Union (American Civil War)/Union. His diplomatic efforts failed to gain Diplomatic recognition/recognition from any foreign country. At home he paid little attention to the collapsing Confederate economy; the government printed more and more paper money to cover the war's expenses, leading to runaway inflation and devaluation of the Confederate Dollar.

If you enjoy these quotes, be sure to check out other famous leaders! More Jefferson Davis on Wikipedia.

Neither current events nor history show that the majority rule, or ever did rule.

Never be haughty to the humble; never be humble to the haughty. 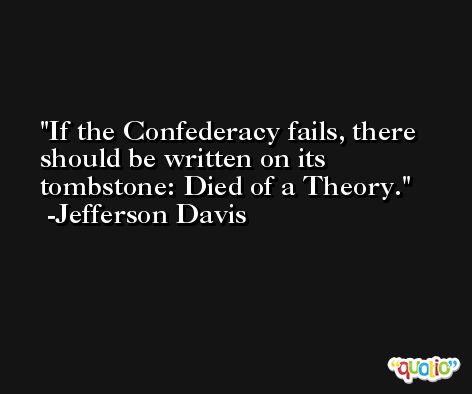 [Our situation] illustrates the American idea that governments rest on the consent of the governed, and that it is the right of the people to alter or abolish them whenever they become destructive of the ends for which they were established.

All we ask is to be let alone. 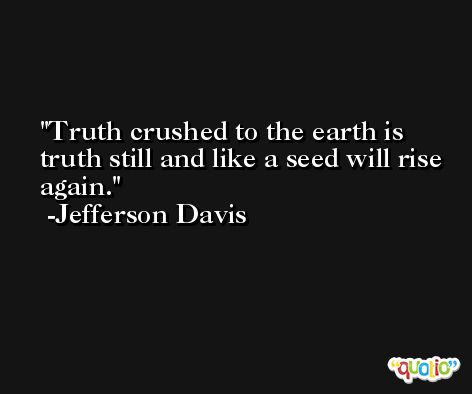