"Jermaine Wiggins" is a former American football tight end. Wiggins was signed by the New York Jets as an undrafted free agent in 1999. He played college football at Georgia Bulldogs football/Georgia.

The guy is a great player. He had two bad games.

I don't remember touching anyone. I don't remember doing anything other than running my normal stride. They call the game, we play the game. All I can do is try my best. 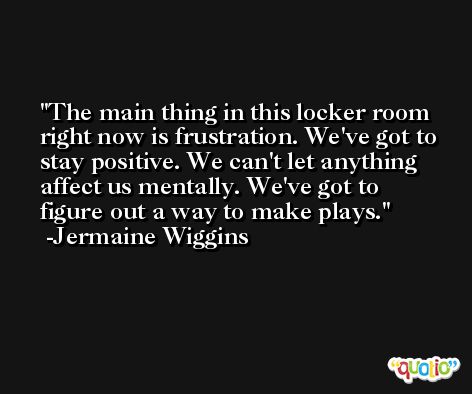 It's definitely a must-win game for us.

Man, that ain't even a thought for me, ... I can't get into that world. I've been around too long to start something like that up. 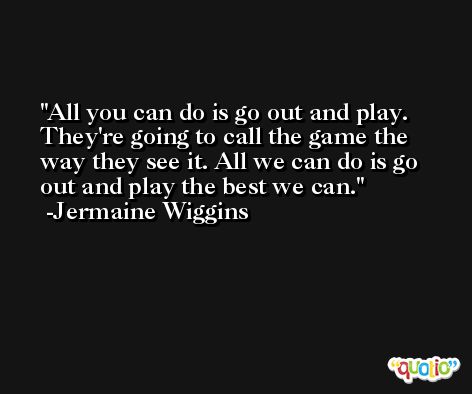 You've just got to go out there and do your job. You can't let other things get into your mind. We've all got jobs, and we've got to focus on our jobs. 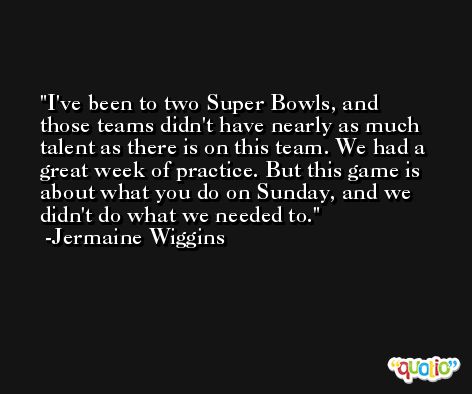