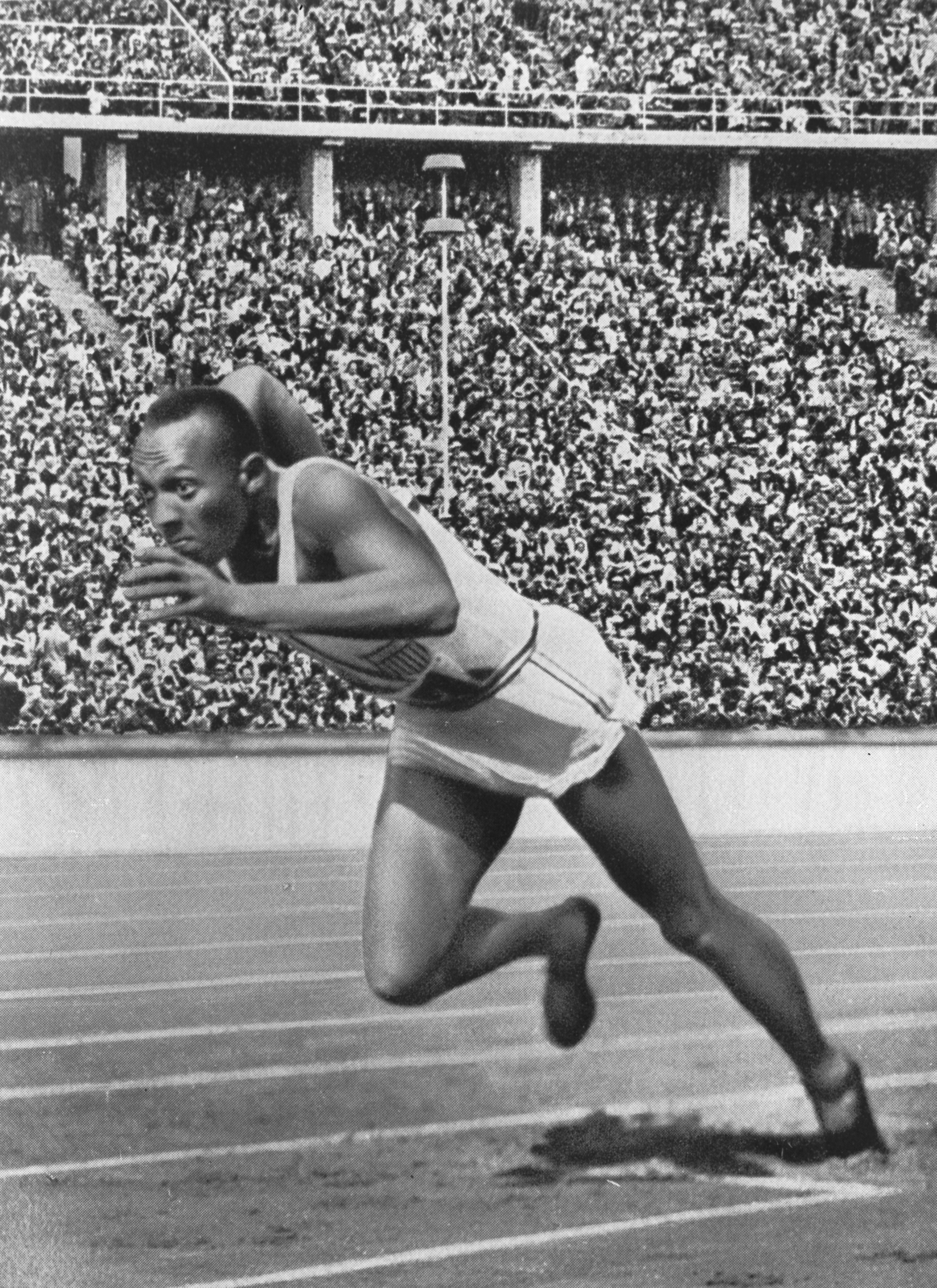 "James Cleveland "Jesse" Owens" was an American track and field athlete and four-time Athletics at the 1936 Summer Olympics/Olympic gold medalist.

If you enjoy these quotes, be sure to check out other famous athletes! More Jesse Owens on Wikipedia.

Friendships born on the field of athletic strife are the real gold of competition. Awards become corroded, friends gather no dust.

If you don't try to win you might as well hold the Olympics in somebody's back yard. 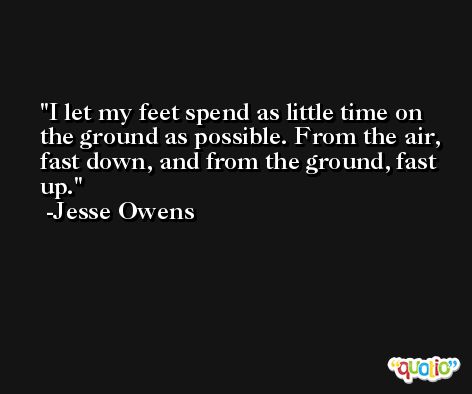 I always loved running / it was something you could do by yourself, and under your own power. You could go in any direction, fast or slow as you wanted, fighting the wind if you felt like it, seeking out new sights just on the strength of your feet and the courage of your lungs.

I wanted no part of politics. And I wasn't in Berlin to compete against any one athlete. The purpose of the Olympics, anyway, was to do your best. As I'd learned long ago from Charles Riley, the only victory that counts is the one over yourself. 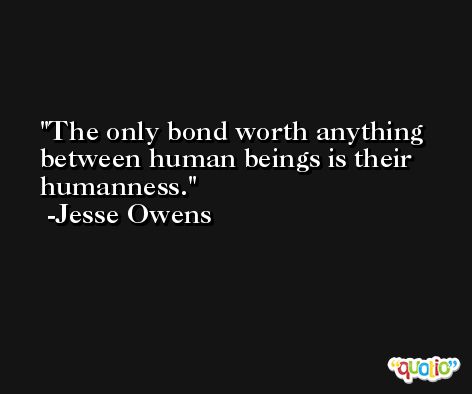 The battles that count aren't the ones for gold medals. The struggles within yourself -- the invisible, inevitable battles inside all of us -- that's where it's at.

One chance is all you need. 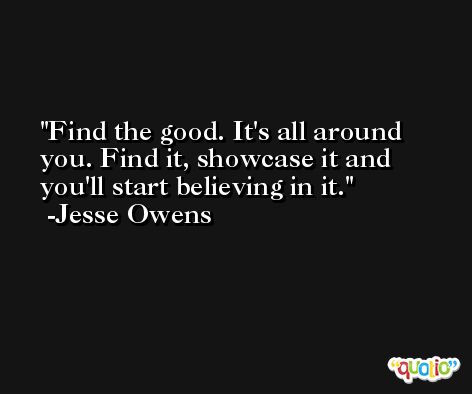