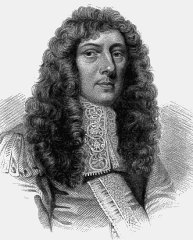 "John Aubrey" Fellow of the Royal Society/FRS, was an English antiquarian/antiquary, Natural philosophy/natural philosopher and writer. He is perhaps best known as the author of the Brief Lives, his collection of short biographical pieces. He was a pioneer Archaeology/archaeologist, who recorded (often for the first time) numerous megalithic and other Ancient monument/field monuments in southern England, and who is particularly noted as the discoverer of the Avebury henge monument. The Aubrey holes at Stonehenge are named after him, although there is considerable doubt as to whether the holes that he observed are those that currently bear the name. He was also a pioneer Folkloristics/folklorist, collecting together a miscellany of material on customs, traditions and beliefs under the title "Remaines of Gentilisme and Judaisme". He set out to compile English county histories/county histories of both Wiltshire and Surrey, although both projects remained unfinished. His "Interpretation of Villare Anglicanum" (also unfinished) was the first attempt to compile a full-length study of English Toponymy/place-names. He had wider interests in applied mathematics and astronomy, and was friendly with many of the greatest scientists of the day.

If you enjoy these quotes, be sure to check out other famous writers! More John Aubrey on Wikipedia.

How these curiosities would be quite forgot, did not such idle fellows as I am put them down.

When he killed a calf he would do it in a high style, and make a speech. (About Shakespeare). 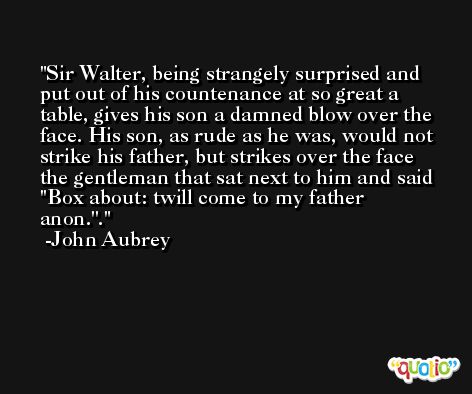 He was so fair that they called him the lady of Christ's College.

He was won't to say that if he had read as much as other men he should have known no more than other men.

He had read much, if one considers his long life; but his contemplation was much more than his reading.