"John Hanger" is a former Secretary of the Pennsylvania Department of Environmental Protection, a position he held between September 2008 and January 2011 under former Governor Ed Rendell/Edward G. Rendell. He is also a former Commissioner of the Pennsylvania Public Utility Commission. Hanger is currently Special Counsel for Eckert Seamans, an American law firm and lobbying organization headquartered in Pittsburgh. He was a candidate for Pennsylvania gubernatorial election, 2014/Governor of Pennsylvania in 2014, before withdrawing from the primary.

It's smart business and the right thing to do.

PPL has made some very big environmental initiatives, It would be a big mistake for PPL to think they've done enough. 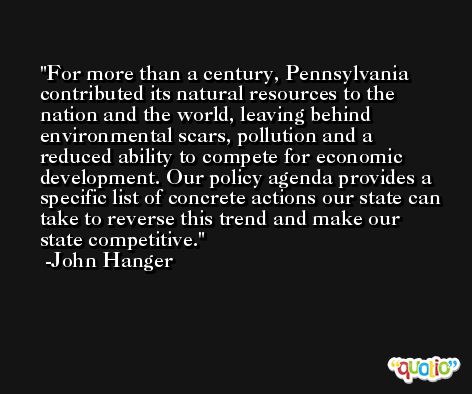