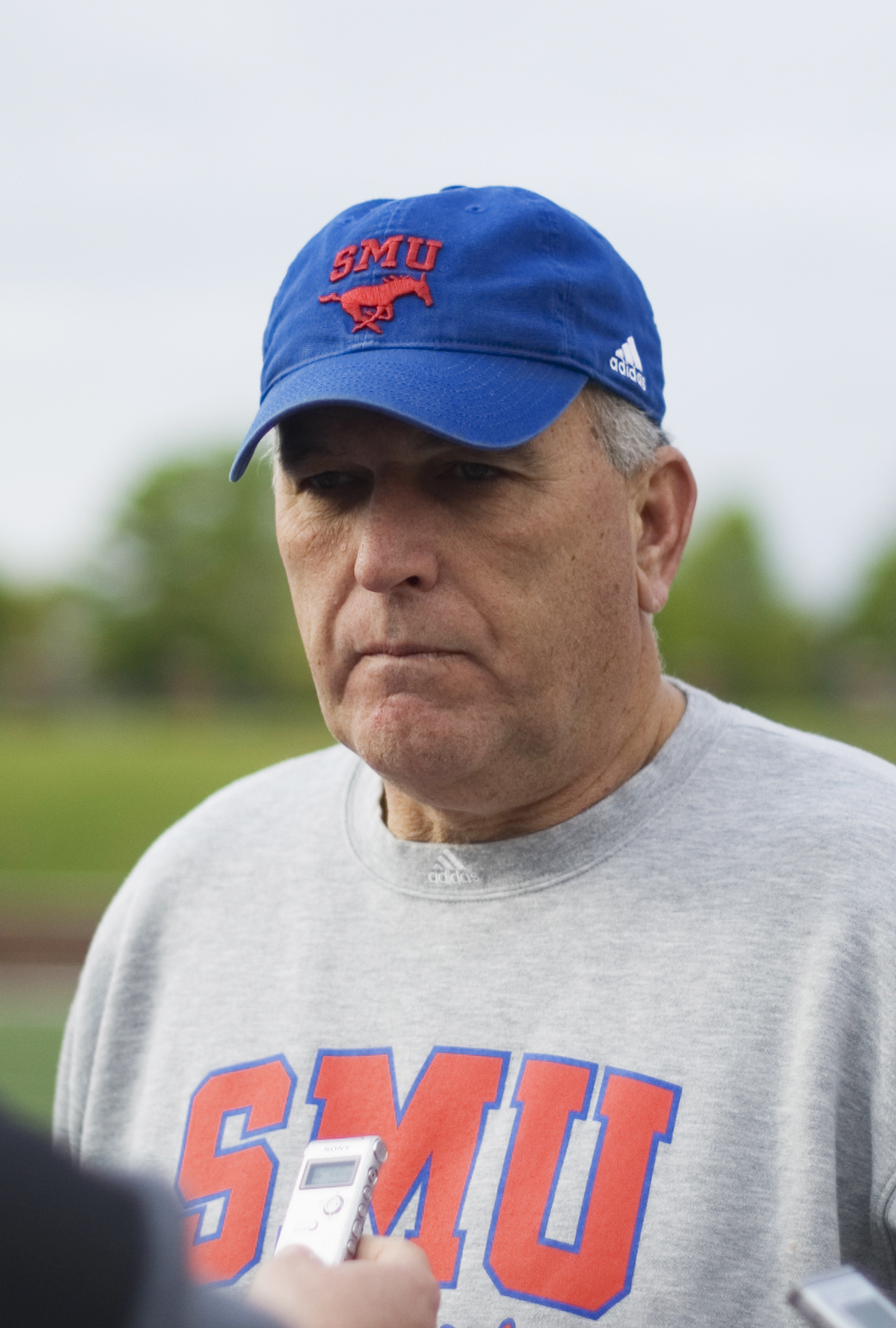 "June Sheldon Jones, III" is an American football coach and former NFL player. He was the head football coach at SMU Mustangs football/Southern Methodist University, where he served as head coach from 2008-2014, before resigning on September 8th, 2014. Jones was also the head football coach at the University of Hawai?i at M?noa from 1999 to 2007. Previously, he coached in the National Football League: a three-year tenure as head coach of the Atlanta Falcons from 1994 to 1996 and a ten-game stint as interim head coach of the San Diego Chargers in 1998. One of Jones's signature games came in the 2012 match-up of SMU vs. Tulane where he lost a double digit lead to hand Tulane their first win in 15 games. Tulane went to finish with a 2-10 season, the second win was against UAB.

We're just waiting on the NCAA appeal process. They can practice while they're in limbo. So hopefully we'll get good news shortly.

He looks good to me. He's been working out real hard the last three months probably. He's stayed in shape and he's got a lot of desire to get back into it. He's always been motivated on the football field, but education's first and foremost. Sometimes you have to go through mistakes and learn from them.

I don't think there will be more changes.

I'm going to save the evaluation of Kenny for later. We'll add more (plays) and his head will be swimming again, but he's done a good job of fighting through it. As soon as he gets it down he'll be really ready to turn it on. 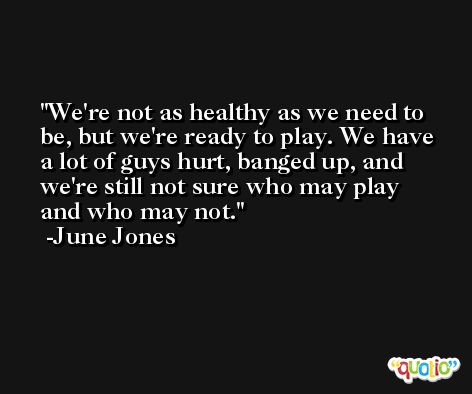 We're probably going to do something, whether it's at the stadium or (at UH) ... I'll be meeting with Herman (athletic director Frazier) and (assistant A.D.) John McNamara.

He has done a great job of progressing along as a coach. He was one of the smartest kids that I had, and very competitive. 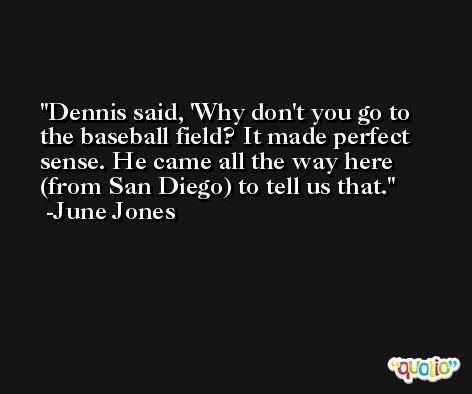