Born in a small Hakka people/Hakka village in the Fujian province during the final years of Late Imperial China, she attended Yenching University in the capital, then referenced as Peking. Raising four daughters with her husband, Paul T. J. Young, she lived through the tumultuous 1920s, along with the death and destruction of the Sino-Japanese War (1937-1945)/Sino-Japanese War and World War II during the 1930s and 1940s. At war's end, with Mao Zedong's Chinese Revolution (1949)/Communist armies poised to take over, the family escaped to Hong Kong, then Taiwan, and, in 1958, when Katherine Young was 57 years old, immigrated to the United States, settling in the California charter city of Palo Alto, along the San Francisco Bay Area.

I received a lot of feedback from people who felt that this year's event was a lot fuller and had a better flow of things.

On Sunday, with the five to six hours of sunlight that we got, the Kids Section really came into full swing. I know the kids really enjoyed the games. The non-profit groups came out along with the other vendors, so it turned out to be a productive day. 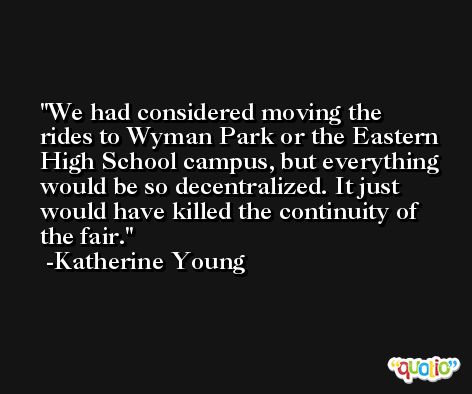 Where in years past things were removed from one another, now it'll be together -- it'll be more compact and it wouldn't be as removed from the local residents.

We knew we wouldn't be able to use the Garland lot as of last year due to all the construction. We had started thinking of alternative locations then.