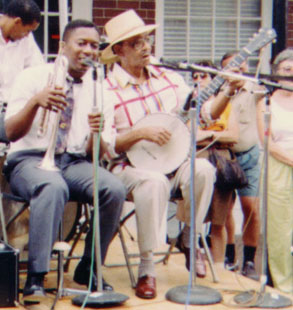 "Kermit Ruffins" is an American jazz trumpeter, singer, and composer from New Orleans, Louisiana, United States. He has been influenced by Louis Armstrong and Louis Jordan and says that the highest note he can hit on trumpet is a high musical notes/C. He often accompanies his songs with his own vocals. Most of his bands perform New Orleans jazz standards, though he also composes many of his own pieces. Jon Pareles of The New York Times wrote, "Mr. Ruffins is an unabashed entertainer who plays trumpet with a bright, silvery tone, sings with off-the-cuff charm and never gets too abstruse in his material."

I know that we're gonna be back in New Orleans, swinging like we've never swung before, in due time.

My home had ten feet of water and I had nine-foot ceilings. The first month was easy to keep your spirits up, because it was like, this adventure ... But now, we're over two months in and the fun's gone out of it and I just want to go home. I lost a couple of cars and the roof was gone from my house. Both of our drummers, their houses were submerged under water completely. They lost everything. 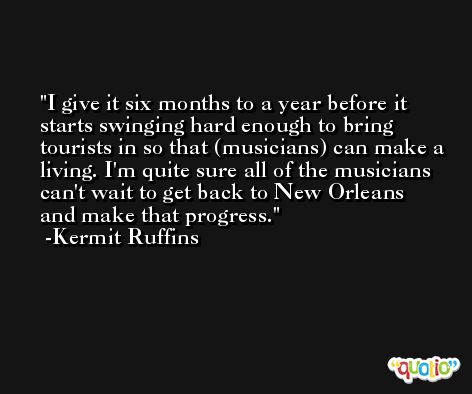