"Kerry Andrew Emanuel" is an United States/American professor of meteorology currently working at the Massachusetts Institute of Technology in Cambridge, Massachusetts/Cambridge. In particular he has specialized in atmospheric convection and the mechanisms acting to intensify Tropical cyclone/hurricanes.

In 2007, he was elected as a member of the U.S. National Academy of Sciences.

He hypothesized in 1994 about a superpowerful type of hurricane which could be formed if average sea surface temperature increased another 15C more than it's ever been (see "hypercane").

In a March 2008 paper published in the Bulletin of the American Meteorological Society, he put forward the conclusion that global warming is likely to increase the intensity but decrease the frequency of hurricane and cyclone activity. Gabriel Vecchi, of NOAA said of Emanuel's announcement, "While his results don't rule out the possibility that global warming has contributed to the recent increase in activity in the Atlantic, they suggest that other factors—possibly in addition to global warming—are likely to have been substantial contributors to the observed increase in activity."

I was skeptical that the increase (in hurricane intensity) would be sufficient to observe by now ... (but) the increase has been much more than we would have guessed.

The best way to put it is that storms are lasting longer at high intensity than they were 30 years ago. 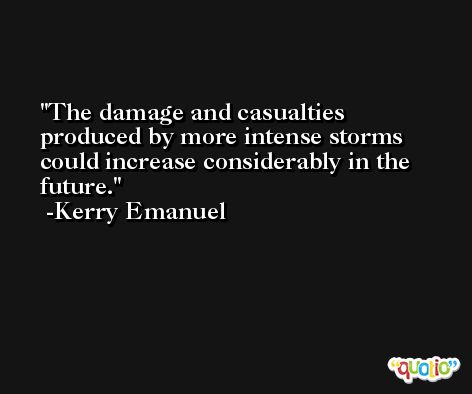 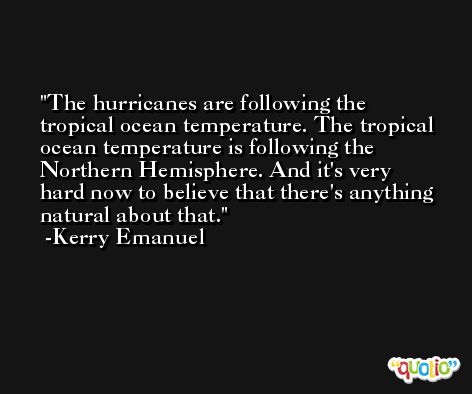 We could see that was going to happen about the time Katrina came off the west coast of Florida.

The temperature of the tropic oceans is warmer than it's been in 150 years. 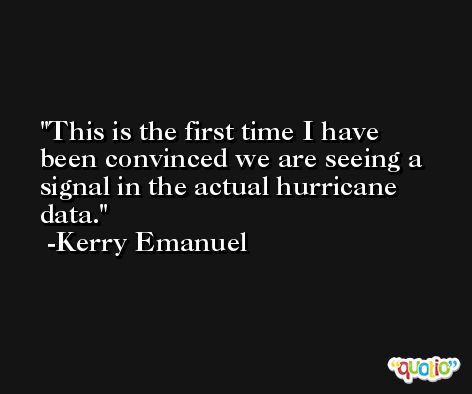