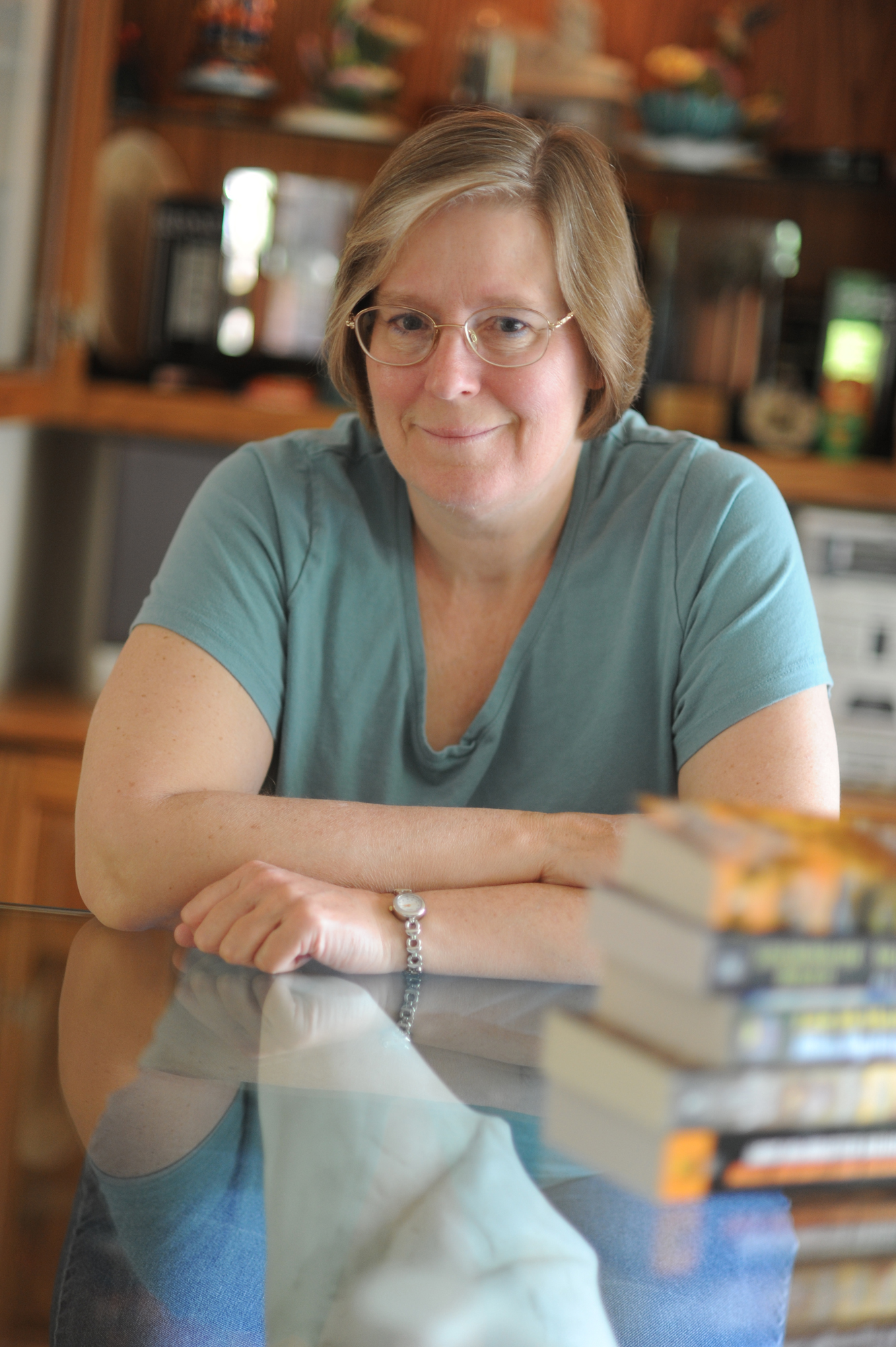 "Lois McMaster Bujold" is an American speculative fiction writer. She is one of the most acclaimed writers in her field, having won the Hugo Award for best novel four times, matching Robert A. Heinlein's record. Her novella The Mountains of Mourning won both the Hugo Award and Nebula Award. In the fantasy genre, The Curse of Chalion won the Mythopoeic Award for Adult Literature and was nominated for the 2002 World Fantasy Award for best novel, and both her fourth Hugo Award and second Nebula Award were for Paladin of Souls. In 2011 she was awarded the Edward E. Smith Memorial Award/Skylark Award. In 2013 she was awarded the Forry Award.

If you enjoy these quotes, be sure to check out other famous writers! More Lois McMaster Bujold on Wikipedia.

If you make it plain you like people, it's hard for them to resist liking you back.

My home is not a place, it is people. 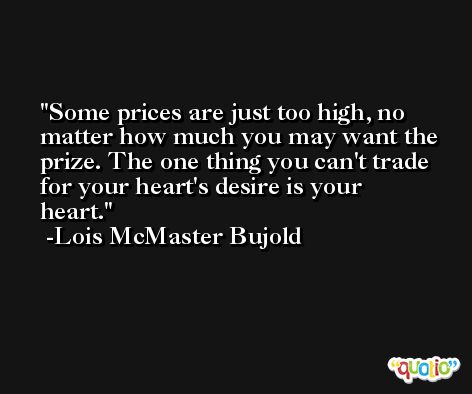 You have to be careful who you let define your good.

War is not its own end, except in some catastrophic slide into absolute damnation. It's peace that's wanted. Some better peace than the one you started with. 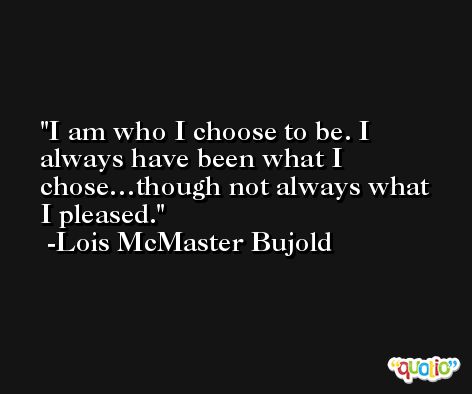 You couldn't be that good and not know it, somewhere in your secret heart, however much you'd been abused into affecting public humility.

How could you be a Great Man if history brought you no Great Events, or brought you to them at the wrong time, too young, too old? 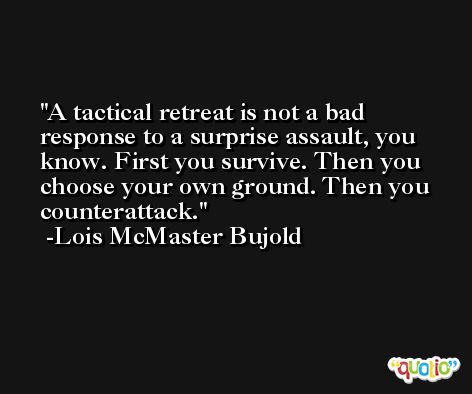 If the truth doesn't save us, what does that say about us?

By their essential nature triumphs can't be given. They must be taken, and the worse the odds and the fiercer the resistance, the greater the honor. Victories can't be gifts. 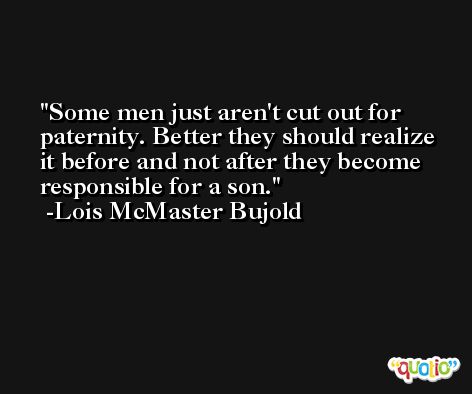 A weapon is a device for making your enemy change his mind.

Exile, for no other motive than ease, would be the last defeat, with no seed of future victory in it. 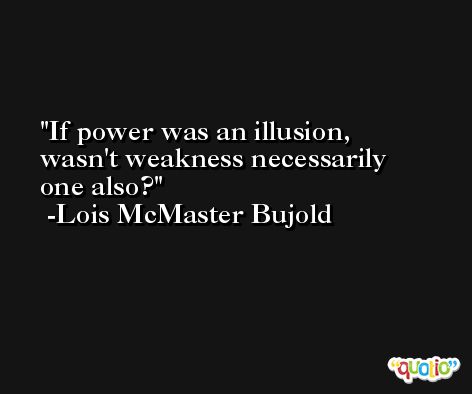 A hundred objective measurements didn't sum the worth of a garden; only the delight of its users did that. Only the use made it mean something.

You don't pay back your parents. You can't. The debt you owe them gets collected by your children, who hand it down in turn. It's a sort of entailment. Or if you don't have children of the body, it's left as a debt to your common humanity. Or to your God, if you possess or are possessed by one. 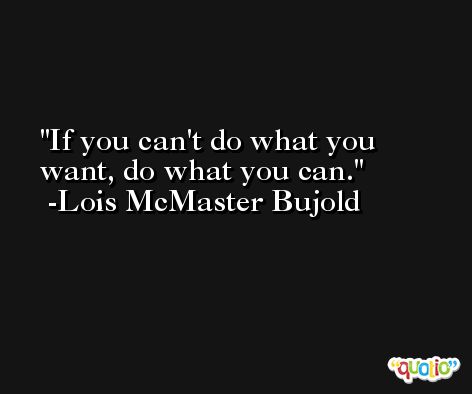 Guard your honor. Let your reputation fall where it will. And outlive the bastards.

Children might or might not be a blessing, but to create them and then fail them was surely damnation. 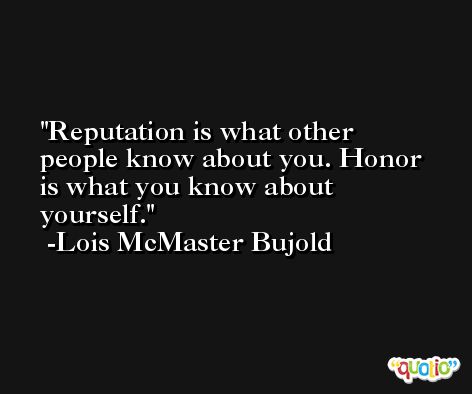 But pain... seems to me an insufficient reason not to embrace life. Being dead is quite painless. Pain, like time, is going to come on regardless. Question is, what glorious moments can you win from life in addition to the pain?

Adversity does teach who your real friends are. 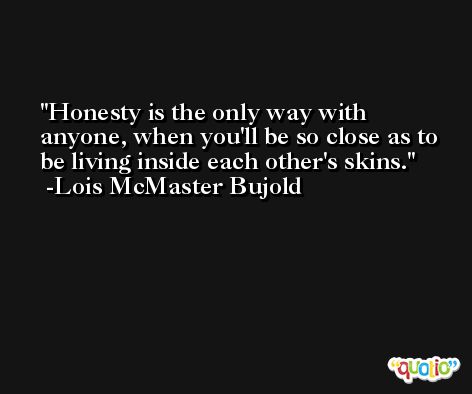 Adulthood isn't an award they'll give you for being a good child. You can waste... years, trying to get someone to give that respect to you, as though it were a sort of promotion or raise in pay. If only you do enough, if only you are good enough. No. You have to just... take it. Give it to yourself, I suppose. Say, I'm sorry you feel like that and walk away. But that's hard.

An honor is not diminished for being shared. 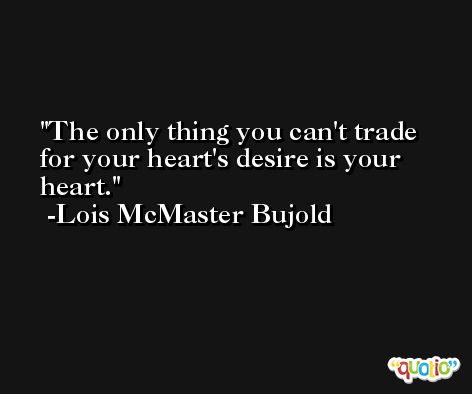 You try to give away what you want yourself.

When the souls rise up in glory, yours shall not be shunned nor sunderered, but shall be the prize of the gods' gardens. Even your darkness shall be treasured then, and all your pain made holy. 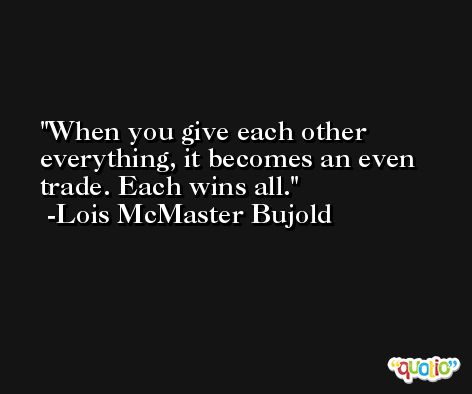