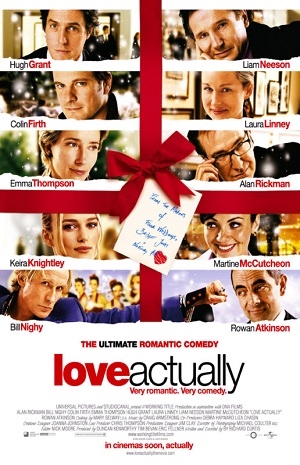 "Love Actually" is a 2003 British ChristmasTheme (narrative)/-themed romantic comedy film written and directed by Richard Curtis. The screenplay delves into different aspects of love as shown through ten separate stories involving a wide variety of individuals, many of whom are shown to be interlinked as their tales progress.

Set primarily in London, the story begins five weeks before Christmas and is played out in a weekly countdown until the holiday, followed by an epilogue that takes place one month later.

Prime Minister: [on the phone to his sister] I'm very busy and important. How can I help you?

Mia: I'll just be hanging round the mistletoe, hoping to be kissed. 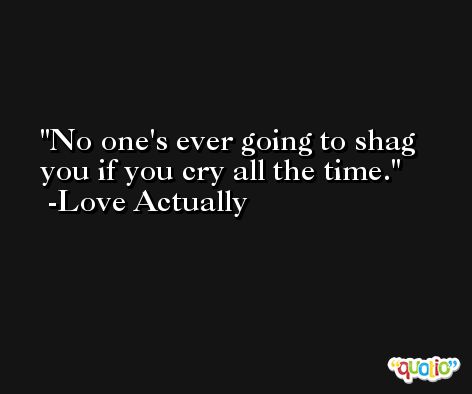 When the planes hit the Twin Towers, as far as I know, none of the phone calls from the people on board were messages of hate or revenge- they were all messages of love.

Jamie: It's my favorite time of day, driving you. Aurelia: [in Portuguese] It is the saddest part of my day, leaving you. 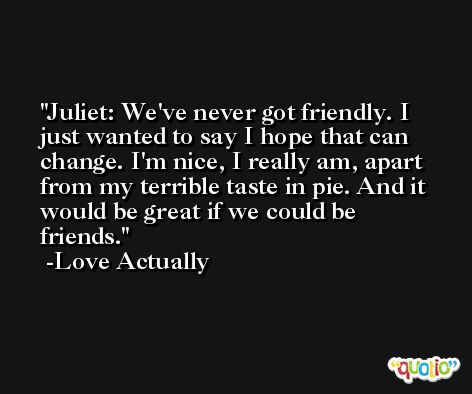 Hiya kids. Here is an important message from your Uncle Bill. Don't buy drugs. Become a pop star, and they give you them for free.

Let's go get the shit kicked out of us by love.