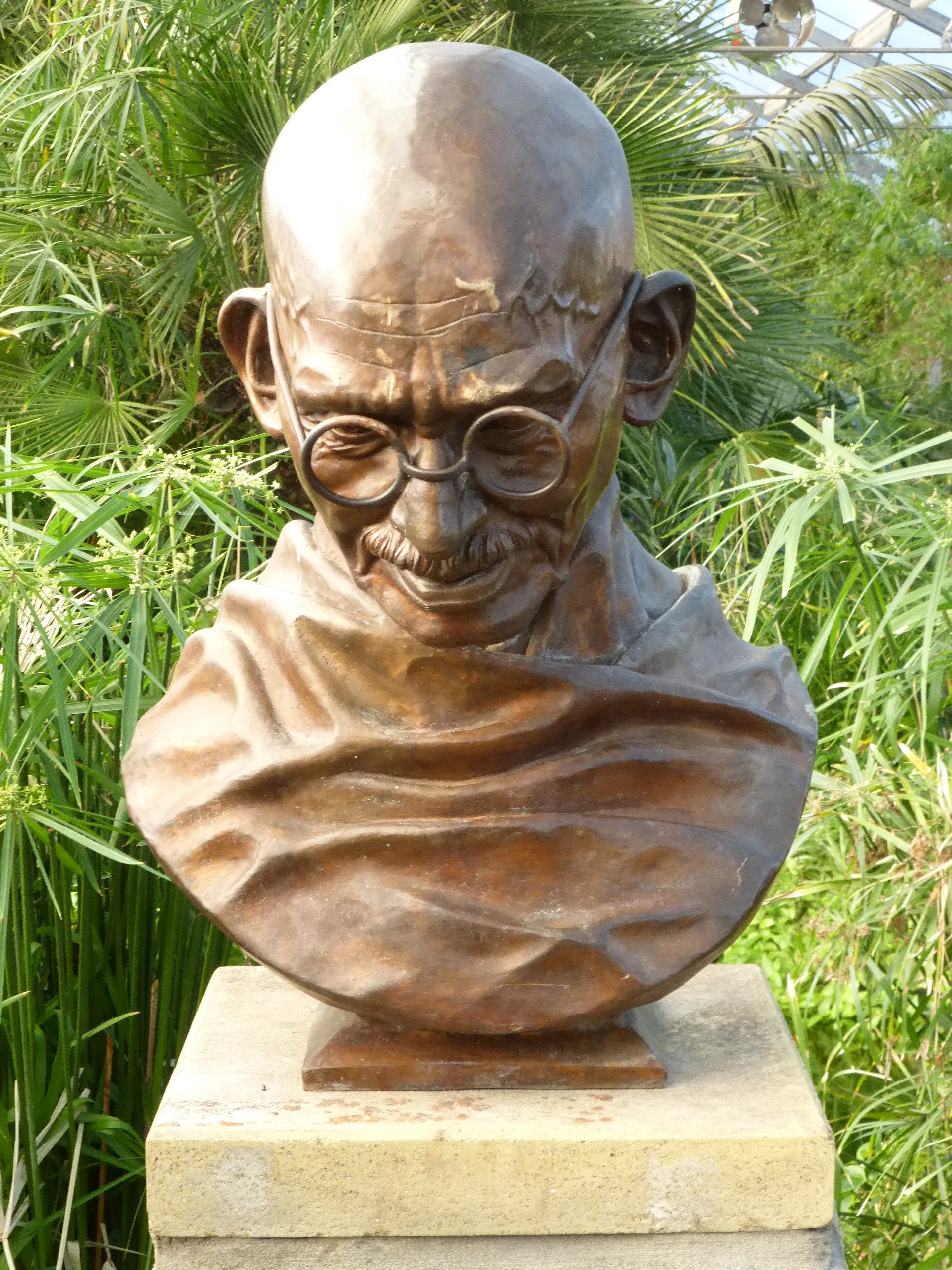 Born and raised in a Hindu Bania (caste)/merchant caste family in coastal Gujarat, western India, and trained in law at the Inner Temple, London, Gandhi first employed nonviolent civil disobedience as an expatriate lawyer in South Africa, in the resident Indian community's struggle for civil rights. After his return to India in 1915, he set about organising peasants, farmers, and urban labourers to protest against excessive land-tax and discrimination. Assuming leadership of the Indian National Congress in 1921, Gandhi led nationwide campaigns for easing poverty, expanding women's rights, building religious and ethnic amity, ending dalit/untouchability, but above all for achieving Swaraj or self-rule.

We must become the change we want to see.

The future depends on what we do in the present. 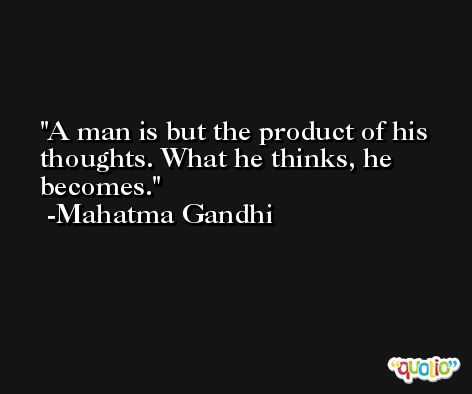 Happiness is when what you think, what you say, and what you do are in harmony.

I object to violence because when it appears to do good, the good is only temporary; the evil it does is permanent. 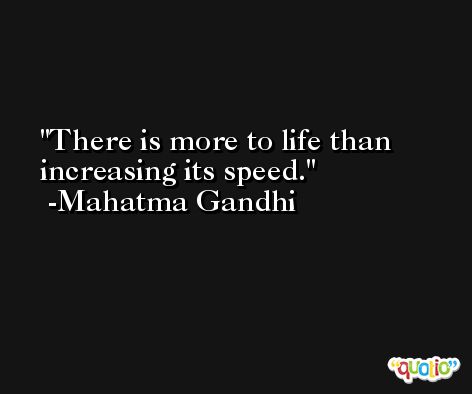 Live simply that others may simply live.

All truths, not merely ideas, but truthful faces, truthful pictures or songs, are highly beautiful. 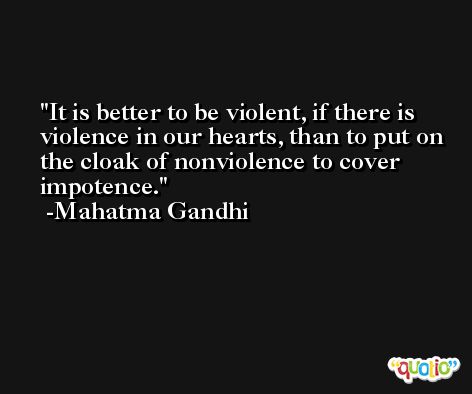 An eye for eye only ends up making the whole world blind.

One needs to be slow to form convictions, but once formed they must be defended against the heaviest odds. 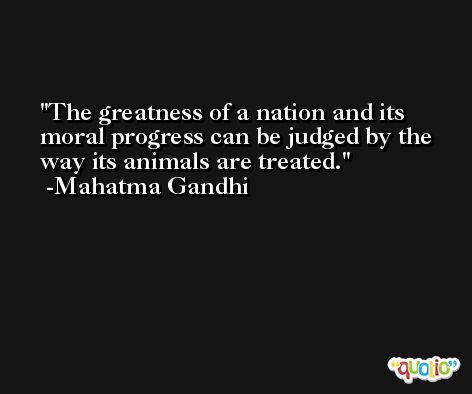 It is the quality of our work which will please God and not the quantity.

Among the many misdeeds of the British rule in India, history will look upon the Act depriving a whole nation of arms, as the blackest. 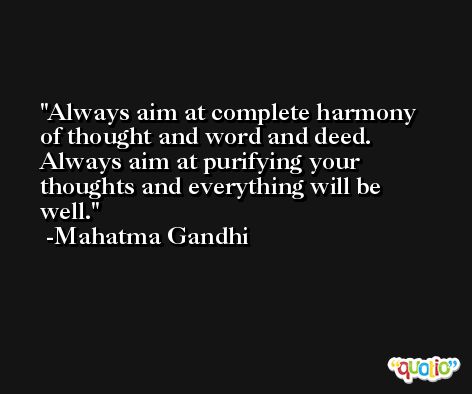 In matters of conscience, the law of majority has no place.

What difference does it make to the dead, the orphans and the homeless, whether the mad destruction is wrought under the name of totalitarianism or the holy name of liberty or democracy? 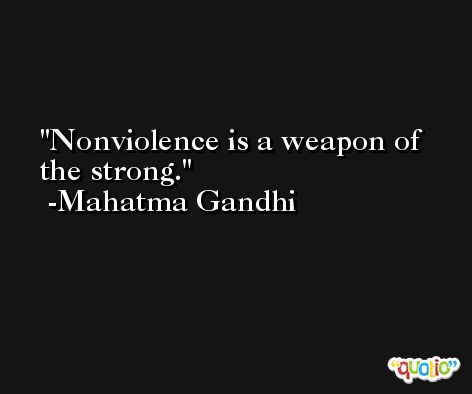 The good man is the friend of all living things.

Honest disagreement is often a good sign of progress. 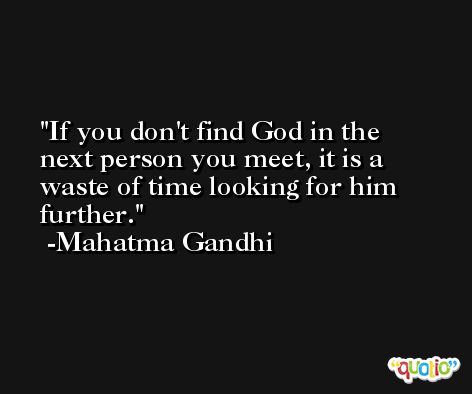 A coward is incapable of exhibiting love; it is the prerogative of the brave.

Strength does not come from physical capacity. It comes from an indomitable will. 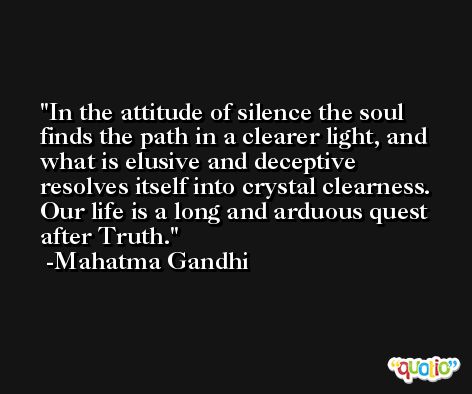 Non-violence does not signify that man must not fight against the enemy, and by enemy is meant the evil which men do, not the human beings themselves.

I want freedom for the full expression of my personality. 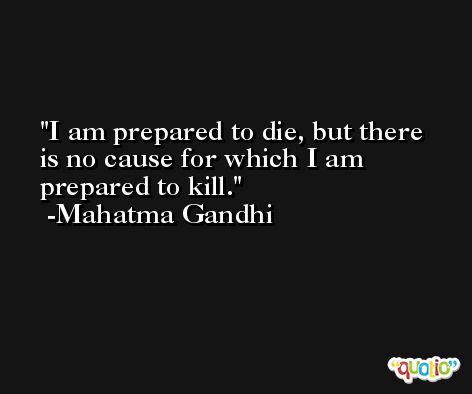 The weak can never forgive. Forgiveness is the attribute of the strong.

Adaptability is not imitation. It means power of resistance and assimilation. 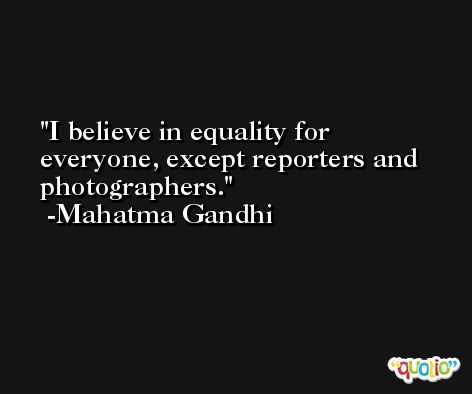