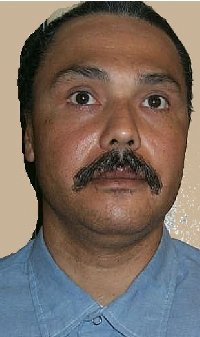 "Michael Angelo Morales" is a convicted murderer who was scheduled to be executed by the State of California at 7:30 p.m. on February 21, 2006. Two hours before the scheduled execution, the State of California notified the 9th Circuit Court of Appeals that they could not comply with a lower federal judge's ruling that the execution must be carried out by a medical professional due to the chemical used in the execution. Consequently, California has indefinitely suspended Morales' execution. The case subsequently led to a Moratorium (law)/moratorium on capital punishment in California entirely, as the only legal method of execution must be carried out with the Participation of medical professionals in American executions/participation of a licensed physician, who are ethically prohibited from participating in executions.

Unfortunately an apology, no matter how heartfelt, just doesn't carry enough potency in a situation like this to bring any real comfort or amend any of the wrong. I understand completely that certain actions have certain consequences. . . . But after considering my case, perhaps there might be a clear basis for striving to seek a merciful course within the bounds of justice.

This has been the defining property of this Valley for a long time. 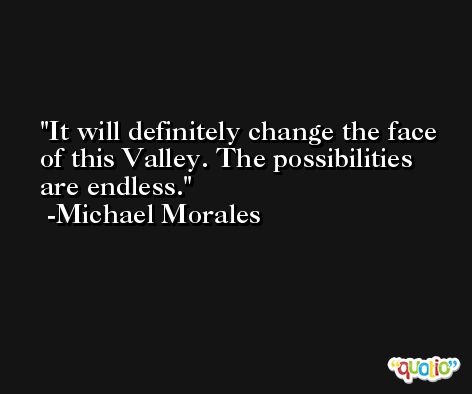 My deeds now are simple, for I'm a simple man. But (they're) honest . . . come from a sincere heart . . . I'm definitely not the same foolish misguided person I once was.

We also did consider what were the things in the project we could be scaling back on to make it fit within existing budget revenues.The reality was that in doing so we were going to strip away the elements that made it different from your typical sidewalks and light project.