"Patrick (Pat) J. Brennan" became the 7th Executive of Broome County, New York on April 21, 2011, filling the vacancy created by the resignation of Barbara J. Fiala. Pat was endorsed by the Broome County Democratic Committee in February 2011. He was defeated in a special election on November 8, 2011 by Republican candidate Debbie Preston, the Supervisor of the Town of Conklin, New York.

Our kids are devastated. They played with their hearts and soul and I'm so proud of them. It would have been so easy to give up when we were down 14 (49-35), but they didn't.

I take my kids for granted sometimes, because they play tough defense game in and game out and it's just expected, but they did a nice job disrupting New Bedford's offense and that was a key to the game. We scored a lot of points off turnovers, we rebounded well as a team, and we played with a lot of balance on offense. 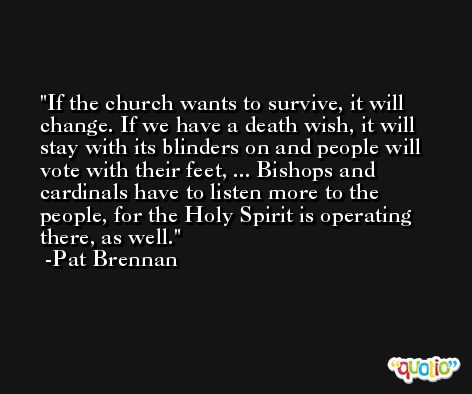 We did a good job defensively. In the first half, we were reaching. In the second half, we stopped that stuff and got a little bit better.

I think we all realized that none of us were good enough to go pro. So the best way to stay in sports was through coaching. 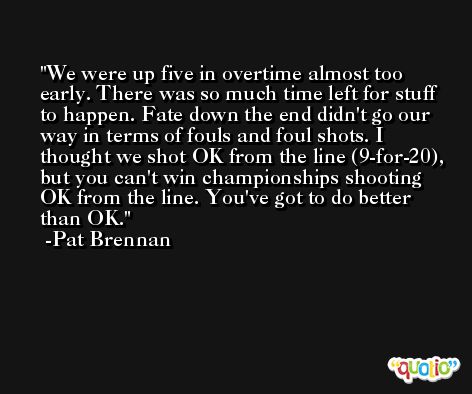 You see a lot of things with three people and I think that helps the teams that are more fundamentally sound for the most part. But I don't really think it makes a lot of difference in high school girls or boys (games).

We can't get down two goals in two minutes and expect to come back. 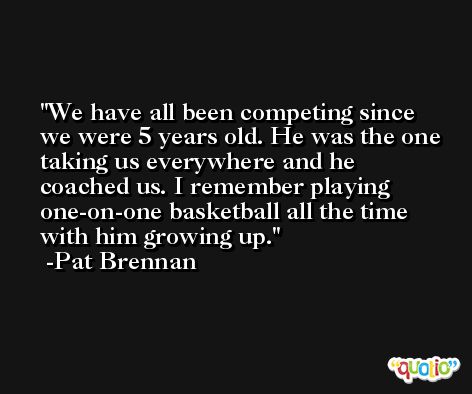