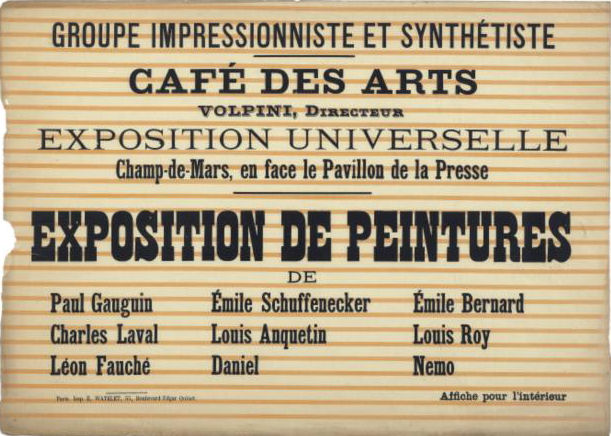 "Eugène Henri Paul Gauguin" was a French Post-Impressionism/Post-Impressionist artist who was not well appreciated until after his death. Gauguin was later recognized for his experimental use of color and synthetist style that were distinguishably different from Impressionism. His work was influential to the French avant-garde and many modern artists, such as Pablo Picasso and Henri Matisse. Gauguin’s art became popular after his death and many of his paintings were in the possession of Russian collector Sergei Shchukin.

He was an important figure in the Symbolism (arts)/Symbolist movement as a painter, sculptor, print-maker, ceramist, and writer. His bold experimentation with color led directly to the Synthetism/Synthetist style of modern art, while his expression of the inherent meaning of the subjects in his paintings, under the influence of the Cloisonnism/cloisonnist style, paved the way to Primitivism and the return to the pastoral. He was also an influential proponent of wood engraving and woodcuts as art forms.

If you enjoy these quotes, be sure to check out other famous artists! More Paul Gauguin on Wikipedia.

I shut my eyes in order to see.

Art is either plagiarism or revolution. 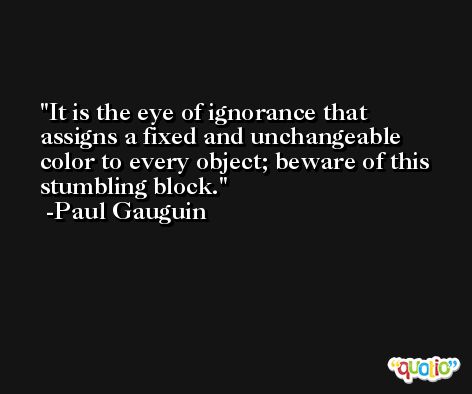 We never really know what stupidity is until we have experimented on ourselves.

Stressing output is the key to improving productivity, while looking to increase activity can result in just the opposite. 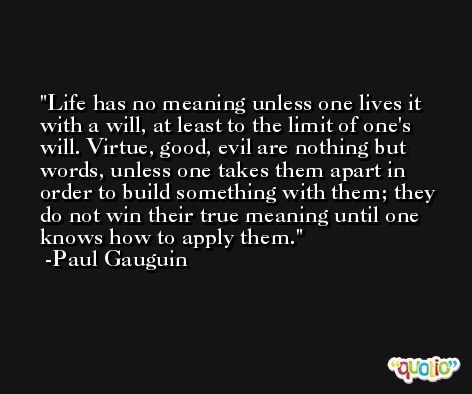 The history of modern art is also the history of the progressive loss of art's audience. Art has increasingly become the concern of the artist and the bafflement of the public.

Life being what it is, one dreams of revenge. 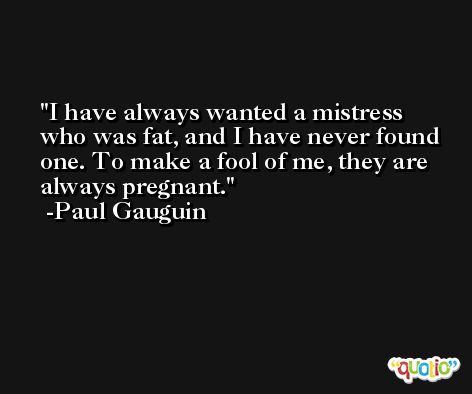