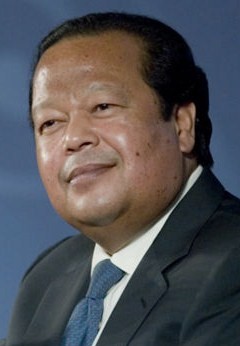 "Prem Pal Singh Rawat", born on 10 December 1957, is an Indian American also known as "Maharaji", and formerly as "Guru Maharaj Ji" and "Balyogeshwar". Teachings of Prem Rawat/Rawat's teachings include a techniques of Knowledge/meditation practice he calls "Knowledge", and peace education based on the discovery of personal resources such as inner strength, choice, appreciation and hope.

Rawat is the youngest son of Hans Ji Maharaj, an Indian guru and the founder of the Divya Sandesh Parishad (later known as Divine Light Mission, or DLM) After his father's death, eight-year-old Rawat, became the new "Satguru" (True Master). At age 13 Rawat travelled to the West, soon taking up residence in the United States. Many young adults took interest in the claim that Rawat could impart direct knowledge of God to his followers. News media were nonplussed by his youth and supposed divine status, and he was criticized for a lack of intellectual content in his public discourses, and for leading an opulent lifestyle. Tens of thousands were initiated in Knowledge techniques, and hundreds of DLM centers opened worldwide. Some Western followers took up communal life in dozens of ashrams, guided by DLM "Mahatmas".

If you enjoy these quotes, be sure to check out other famous leaders! More Prem Rawat on Wikipedia.

What we're looking for is happiness, and in all our searching who do we forget? Ourselves. Whatever the equation is that you have created, please include yourself in it, because without you, without your heart, without peace in your life, there can never be peace in the world.