"Publilius Syrus", was a Latin writer of sententiae. He was a Syria (Roman province)/Syrian who was brought as a slave to Italy, but by his wit and talent he won the favour of his master, who freed and educated him. Publilius' name, due to early medieval palatalization of 'l' between two 'i's, is often presented by manuscripts (and some printed editions) in corrupt form as 'Publius'.

His mimes, in which he acted himself, had a great success in the provincial towns of Italy and at the games given by Julius Caesar/Caesar in 46 BC. Publilius was perhaps even more famous as an improviser, and received from Caesar himself the prize in a contest in which he vanquished all his competitors, including the celebrated Decimus Laberius.

If you enjoy these quotes, be sure to check out other famous writers! More Publilius Syrus on Wikipedia.

No man is happy who does not think himself so.

The judge is condemned when the criminal is absolved. 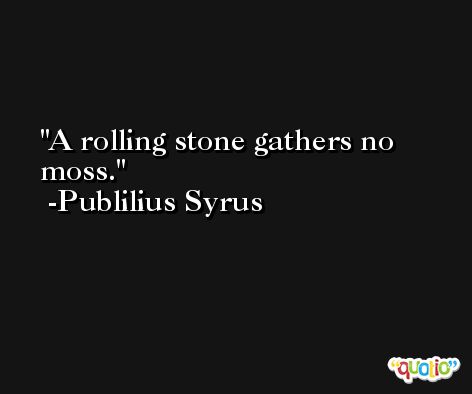 A suspicious mind always looks on the black side of things.

An angry man is again angry with himself when he returns to reason. 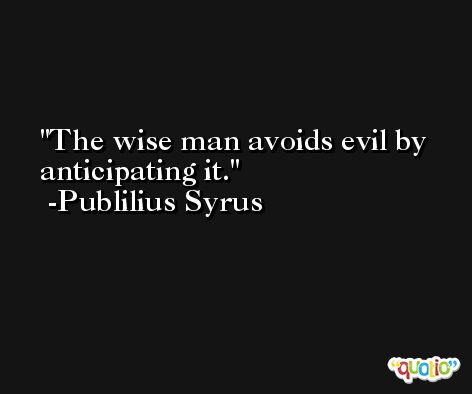 We must give lengthy deliberation to what has to be decided once and for all. 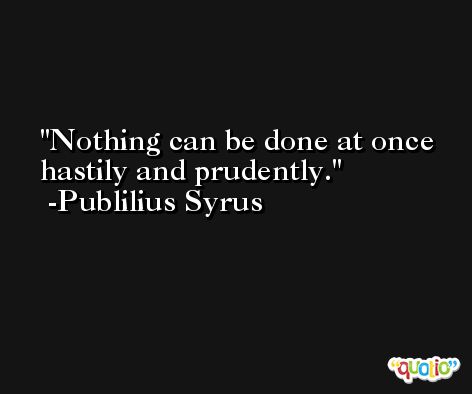 Pardon one offense, and you encourage the commission of many.

A fair exterior is a silent recommendation. 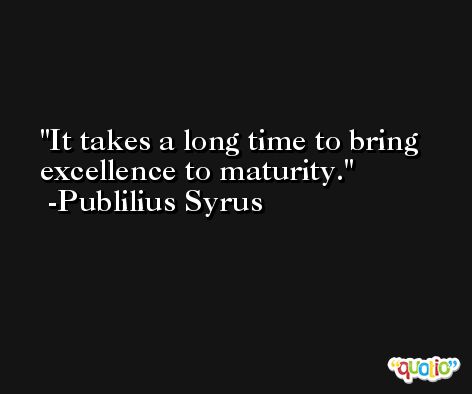 Better be ignorant of a matter than half know it.

He doubly benefits the needy who gives quickly. 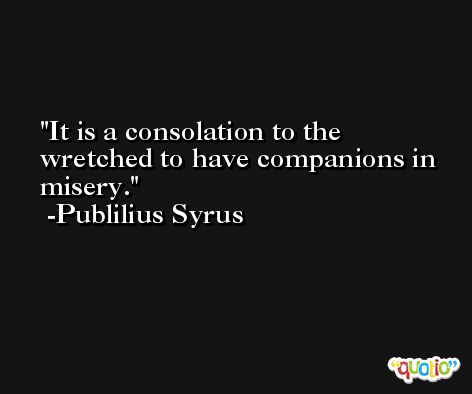 The end always passes judgement on what has gone before.

The loss which is unknown is no loss at all.

Many receive advice, few profit by it.

Money alone sets all the world in motion. 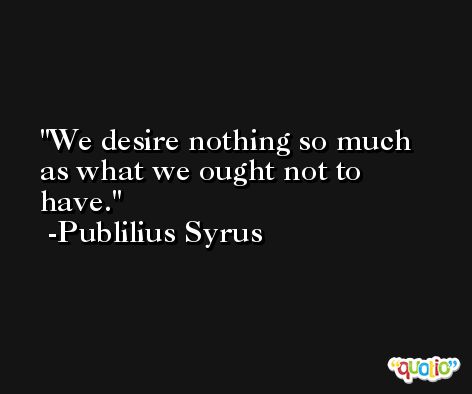 There are no shortcuts to any place worth going.

It is a very hard undertaking to seek to please everybody. 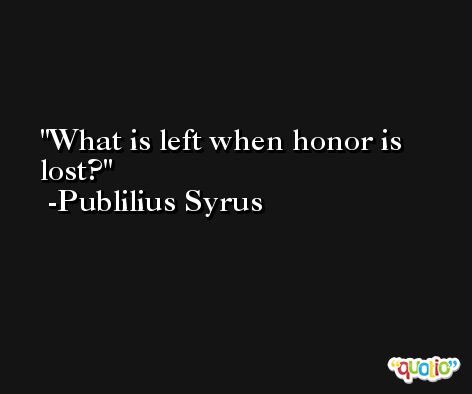 A good reputation is more valuable than money. 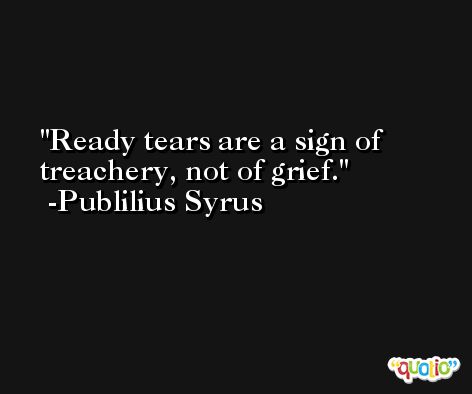 It is no profit to have learned well, if you neglect to do well.

No one should be judge in his own case. 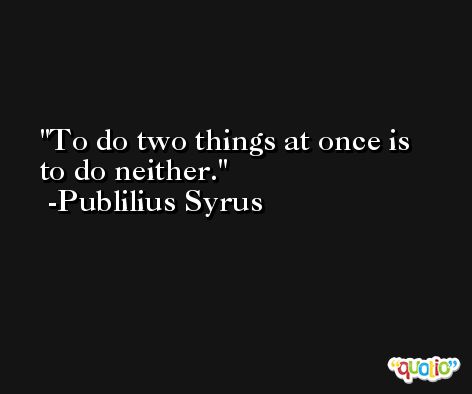