Cummings played primarily as a full forward and won the Coleman Medal in 1999 AFL season/1999 for being the leading goalscorer for the season. Although he was well renowned for his goal kicking abilities, Cummings occasionally played centre half back while playing in the reserve team at Essendon.

Our best game of the year, by far. We had a little trouble early, but they played their hearts out.

They'll be laughing, that the two teams they could play are going to bash the living suitcase out of each other. Whichever team wins, West Coast is going to meet a very sore side next week. 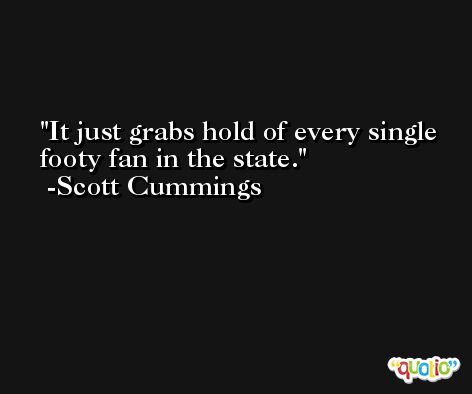 That's an offensive thing that shouldn't be in the workplace.

Any player who tells you this is just another final or just another game we've got to get through, that's just rubbish, ... It's a whole lot more than that.