"William Booth" was a British Methodist preacher who founded The Salvation Army and became its first Generals of The Salvation Army/General (1878–1912). The Christian movement with a quasi-military structure and government founded in 1865 has spread from London, England to many parts of the world and is known for being one of the largest distributors of humanitarian aid.

If you enjoy these quotes, be sure to check out other famous leaders! More William Booth on Wikipedia.

A man's labor is not only his capital but his life. When it passes it returns never more. To utilize it, to prevent its wasteful squandering, to enable the poor man to bank it up for use hereafter, this surely is one of the most urgent tasks before civilization.

I must assert in the most unqualified way that it is primarily and mainly for the sake of saving the soul that I seek the salvation of the body. 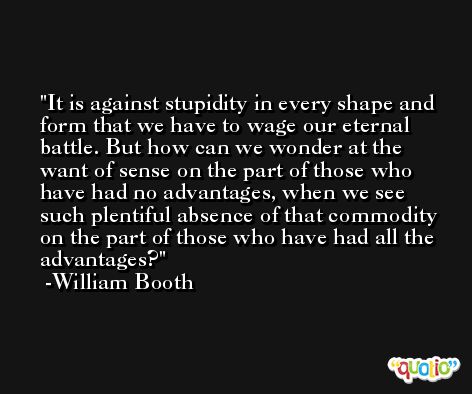 The greatness of a man's power is the measure of his surrender.

To get a man soundly saved it is not enough to put on him a pair of new breeches, to give him regular work, or even to give him a University education. These things are all outside a man, and if the inside remains unchanged you have wasted your labor. You must in some way or other graft upon the man's nature a new nature, which has in it the element of the Divine. 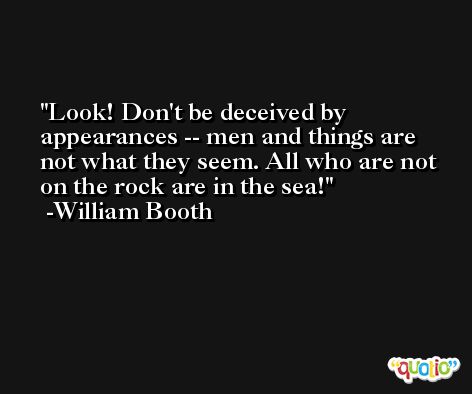 We must wake ourselves up! Or somebody else will take our place, and bear our cross, and thereby rob us of our crown.