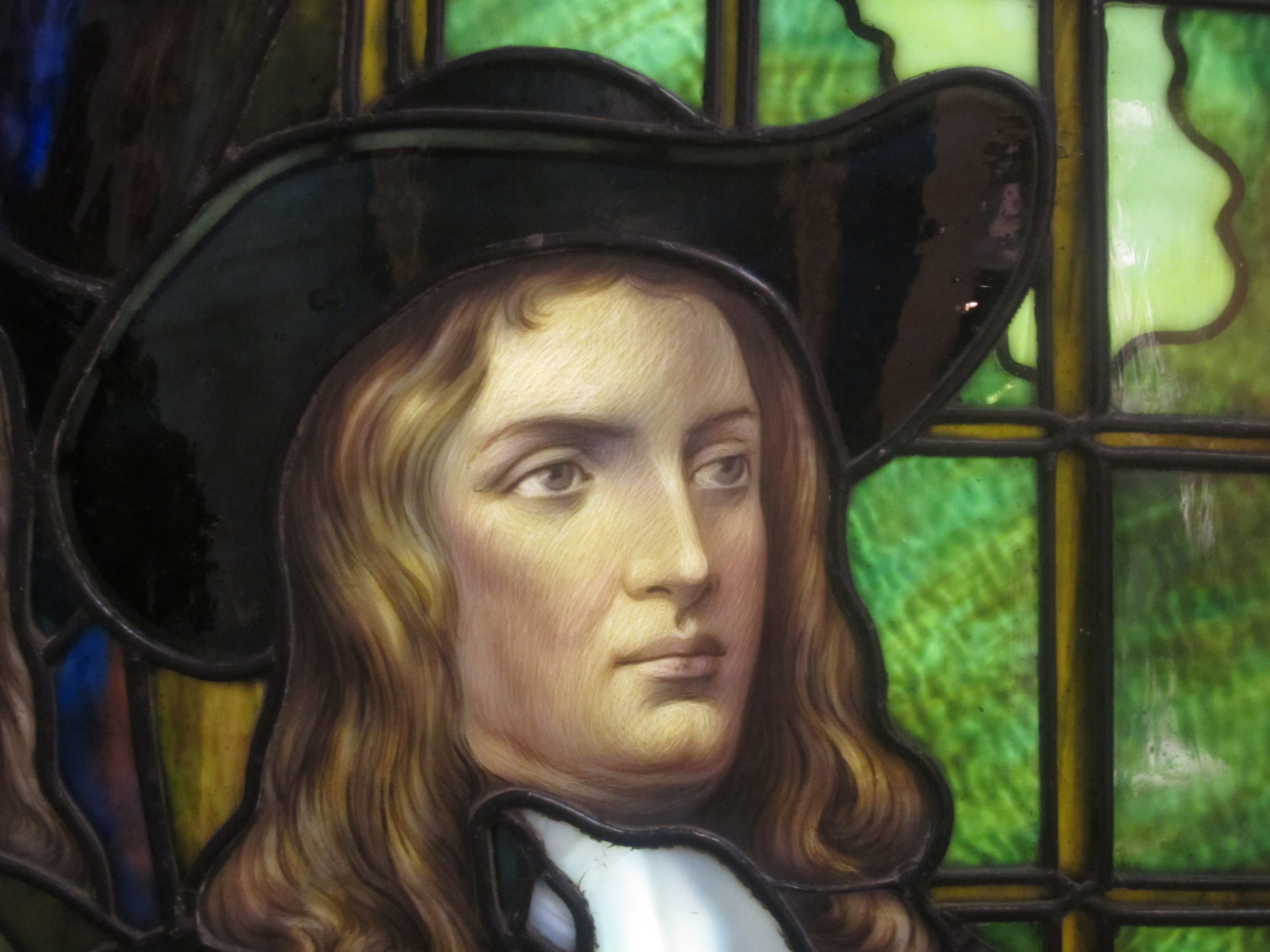 "William Penn" was an English real estate entrepreneur, philosopher, early Religious Society of Friends/Quaker and founder of the Province of Pennsylvania, the English North American colony and the future Commonwealth of Pennsylvania. He was an early advocate of democracy and religious freedom, notable for his good relations and successful treaties with the Lenape Indians. Under his direction, the city of Philadelphia was planned and developed.

If you enjoy these quotes, be sure to check out other famous leaders! More William Penn on Wikipedia.

Never marry but for love; but see that thou lovest what is lovely.

Less judgment than wit is more sail than ballast. 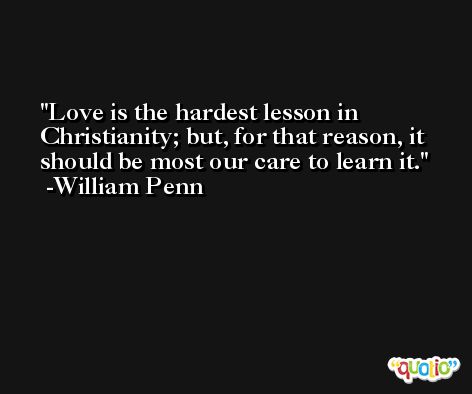 If men will not be governed by God, they will be ruled by tyrants.

I expect to pass through life but once. If therefore, there be any kindness I can show, or any good thing I can do to any fellow being, let me do it now, and not defer or neglect it, as I shall not pass this way again. 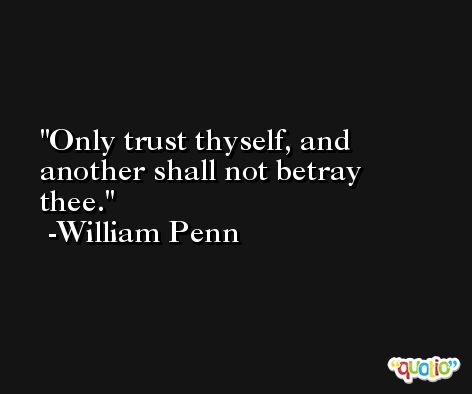 True silence is the rest of the mind; it is to the spirit what sleep is to the body, nourishment and refreshment.

No pain, no palm; no thorns, no throne; no gall, no glory; no cross, no crown. 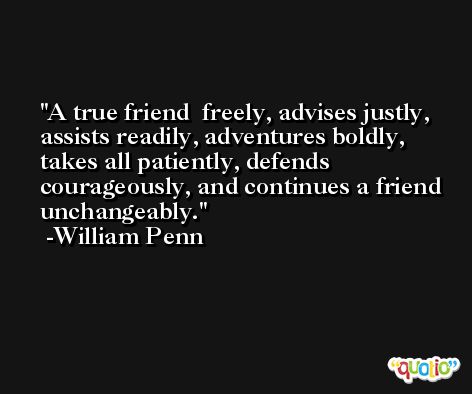 Speak properly, and in as few words as you can, but always plainly; for the end of speech is not ostentation, but to be understood.

True godliness does not turn men out of the world, but enables them to live better in it and excites their endeavors to mend it. 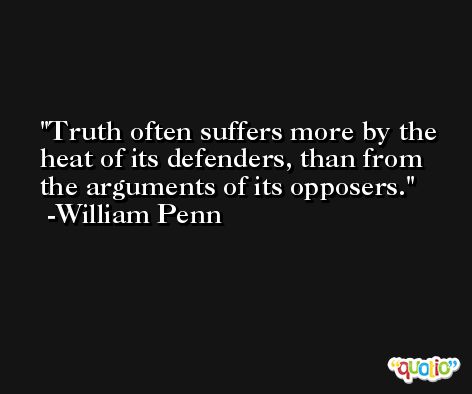 If a civil word or two will render a man happy, he must be a wretch indeed who will not give them to him. Such a disposition is like lighting another man's candle by one's own, which loses none of its brilliancy by what the other gains.

O Lord, help me not to despise or oppose what I do not understand. 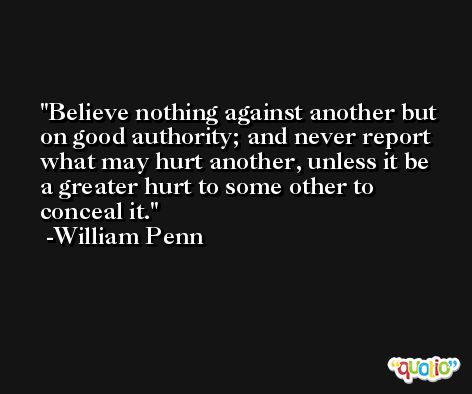 Men are generally more careful of the breed of their horses and dogs than of their children.

Let the people think they govern, and they will be governed. 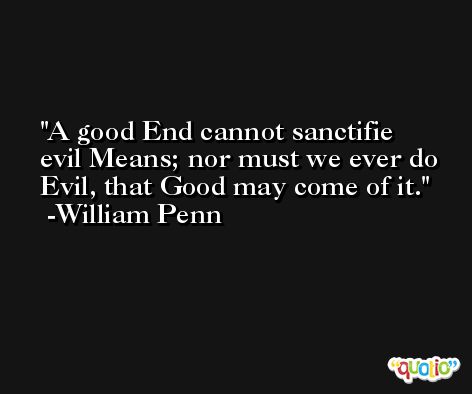 All excess is ill, but drunkenness is of the worst sort. It spoils health, dismounts the mind, and unmans men. It reveals secrets, is quarrelsome, lascivious, impudent, dangerous and bad.